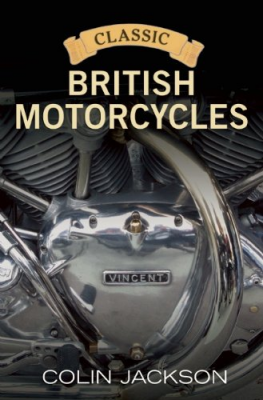 In the modern era, mass-produced motorcycles tend to be of Japanese or Italian origin with the big four oriental manufacturers such as Honda, Yamaha, Suzuki and Kawasaki dominating the market. However, it was not always so. Until the 1950s, even into the 60s, British makers ruled the roost such as Scott, Rudge, BSA, Norton and Vincent. These were the companies whose bikes sold around the world, winning racing championships and setting speed records as they went. They developed the motorbike from its beginnings as a powered bicycle and made it the fast, powerful and exciting machine of today. This is the story of those British machines and their development, but it is also the story of the engineers, some trained, and many self-taught, whose ideas underpinned the development.