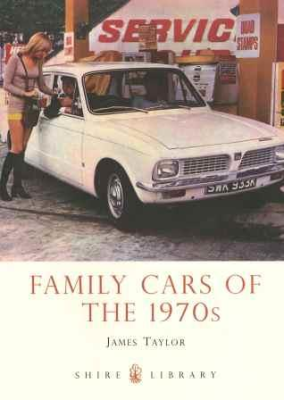 The 1970s was a critical decade for the British motor industry. A downward spiral in industrial relations led to crippling strikes, two major oil crises made thirsty older designs virtually unsaleable, and foreign manufacturers moved in with products that were affordable, reliable and available on demand. Britain’s roads became more cosmopolitan than ever, and manufacturers both British and foreign contributed to an array of models that has become symbolic of the era. The Morris Marina, the Ford Cortina, the Vauxhall Chevette, the VW Golf, the Renault 12, the Peugeot 504 – all are fondly remembered to this day, to a degree that might have seemed unlikely at the time of their manufacture. This is a fully illustrated history of the cars-trimmed with chrome and upholstered in leg-scorching vinyl-that were on offer to the British family of the 1970s.

James Taylor has been researching and writing about motoring history for more than thirty years, and is a respected author on many different automotive subjects. He has written more than one hundred books, including titles for Shire about Land Rover and London Bus.