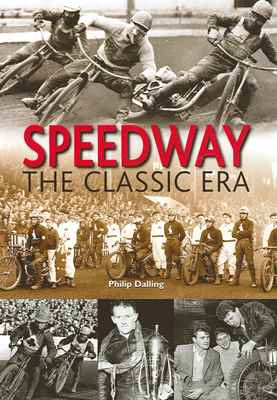 Britain went crazy for speed in the first half of the twentieth century. On land, at sea and in the air, the exploits of the daring gripped the nation. Speedway arrived from Australia in 1928, at just the right moment to exploit an insatiable demand for motorsport thrills. Early amateur events soon gave way to a fully professional sport, with a strong emphasis on entertainment. Crowds flocked to major stadia, including the Crystal Palace, Chelsea's Stamford Bridge, Manchester's Belle Vue and Wembley's Empire Stadium. Written off by sceptics on many occasions, Speedway has weathered many ups and downs during its eighty-plus years. Speedway, The Classic Era, covers the sports first four decades, starting with its early mushroom growth and the subsequent development of league racing, a World Championship, and test matches pitting England against Australia.