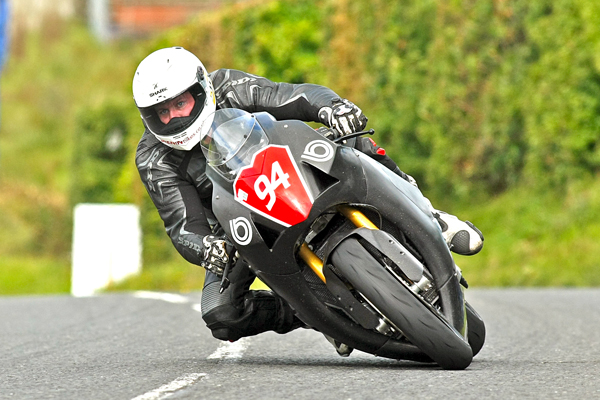 Wylie and Cretu will campaign onboard the proven Bimota BB3 at the Northwest 200, the Isle of Man TT and the Ulster Grand Prix before finishing the season in China at the Macau Grand Prix.
The Bimota BB3 has proven itself an outstanding platform in WSBK competition with regular top 10 finishes in their first season and Christian Iddon put the bike on pole at Assen during a round of British Superbikes.

This will not be the first time Wylie and Cretu have shared an awning, with Cretu working out of the Wylie Racing tent during the 2011 and 2012 TT.  Wylie is no stranger to a full season of real road racing, being a regular contender and top 10 finisher, but 2015 will mark the first time an American has been seen to compete at all of the big four internationals.

“After I thought I wouldn’t be riding this year, to be able to work up a deal so quickly with Bimota and Ben is a dream come true.  Ben and I have known each other since my first TT and I rate him, his family, and his racing program in the highest regard.  I can’t wait to begin testing with the team and bring not only my riding but also my experience in acquiring sponsors and managing team operations.  I think the Bimota BB3 is going to allow me some of my best finishes ever.  2015 is going to be an outstanding year!”

“Constantine and myself are delighted to announce our two rider Bimota team for 2015.  Bringing Brandon on board completes our vision for a full on attack on the International roads and puts everything in place for a solid season. I am confident we can get the best out of Brandon and having worked together before I feel we can really benefit and learn from each other’s experience. I’m looking forward to riding a bit more this year on a very competitive bike and getting myself back to where I know I should be, fighting for top 10 positions in all 3 big bike TT races.”

Please visit the team website, www.bimota.uk.com, for more information on Bimota and the team or their Facebook page Amore Moto.  Fans can also follow the team on Twitter @bimotaracing and both riders Ben Wylie @wyliewizzed and Brandon Cretu @brandoncretu for the most current updates.