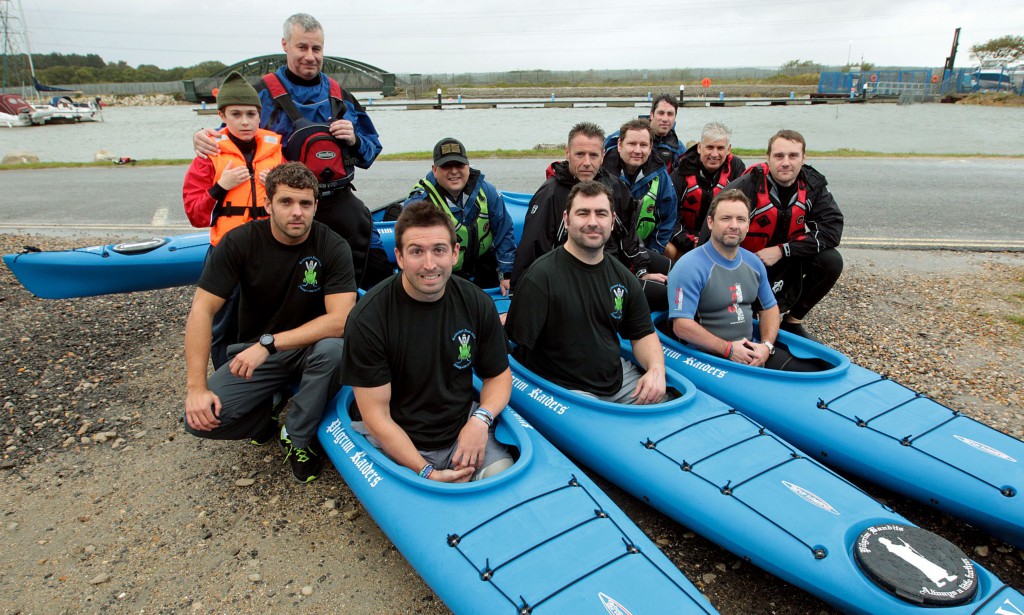 During June 2014 Nick Hartland, director of the National Motorcycle Museum, will be accompanying nine amputee and injured servicemen as they retrace the steps of the World War II – Operation Frankton which was immortalised by the famous film ‘Cockleshell Heroes’.

The Pilgrim Bandits, which have organised the expedition, is the no-sympathy charity started by a group of Special Forces veterans in 2005, and pushes amputee men and women from all the country’s services organising extreme expeditions and experiences and then sharing their experiences with school children and those from underprivileged backgrounds.

This month the group endured a gruelling training week at Rockley Park, Poole, Dorset where they canoed 40 miles to prepare for the mission. The team, made up of nine injured soldiers and 19 volunteers, will canoe a total of 70 miles in five days.

The group will follow in the footsteps of the brave men who undertook Operation Frankton. In December 1942, this unit of 10 Royal Marines canoed undetected into the Nazi-occupied harbour of Bordeaux and attacked from the inside. Their mission was so successful that Winston Churchill claimed that it shortened the war by six months. Only two men from the Operation Frankton survived the mission.

Deborah Risbridger from Pilgrim Bandits said: “2014 is 100 years since the start of WW1. This mission honours the fallen from all conflicts and highlights how Operation Frankton helped bring an end to World War II. We are aiming to commemorate the sacrifices made by the ‘Cockleshell Heroes’ as well as help and inspire wounded soldiers to live life to the full.”

Nick Hartland, who completed the Heroes of Telemark commemorative challenge with the charity earlier this year said: “I’ve been involved in the Pilgrim Bandit’s charity for some time.  Joining these incredible men will be a huge challenge physically, but incredibly inspirational.”

The Pilgrim Bandits was established by a small group of Special Forces veterans in 2007 with the sole aim of using their unique training and experience to help and inspire wounded soldiers to live life to the full.

The mantra ‘Always a Little Further’ is core to their attitude, whether working with amputee men and women from the services directly or by utilising their experiences to inspire and encourage young people and children. The Pilgrim Bandits bring the rewards of belonging to a team, encouragement, belief and the power of humour over pain.

Conveniently located in the heart of the Midlands Transport Network, with Birmingham International railway station just a five-minute taxi ride away, the National Motorcycle Museum is an award-winning venue with conferencing and events facilities.

Spend Your Christmas in our Winter Wonderland