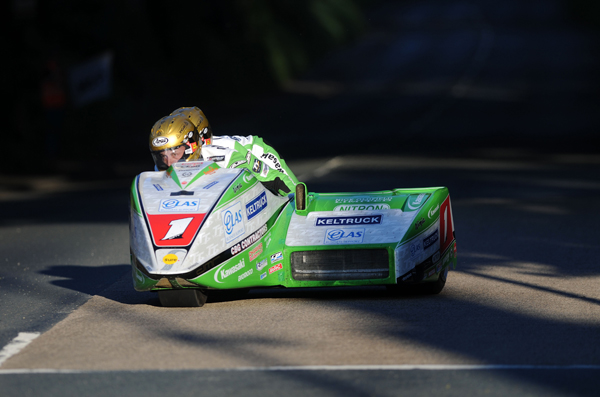 Michael Dunlop’s blistering 2014 TT on the factory BMW saw him post the quickest ever times in three sectors (Start to Glen Helen, Glen Helen to Ballaugh and Ballaugh to Ramsey). Despite not competing on the Isle of Man since 2009, Steve Plater still holds the fastest sector times between Ramsey Hairpin and the Bungalow and the Bungalow to Cronk-Ny-Mona while Michael Rutter is the fastest for the final sector between Cronk-Ny-Mona and the Grandstand which he set in 2013.

All six 2014 race winners are expected to return to defend their titles in an unchanged race programme that opens, after a week of qualifying from Saturday 30th May, with the Superbike Race and Sure Sidecar Race 1 on Saturday 6th June.

Monday’s race programme features the double header of the RL360 Superstock Race and Monster Energy Supersport Race 1 with Wednesday 10th June’s packed and varied schedule including the Sure Sidecar Race 2, the Monster Energy Supersport Race 2 and the 7th running of the ground-breaking SES TT Zero. The 2015 TT meeting finishes on Friday 12th June with the Bike Nation Lightweight and PokerStars Senior TT Races.

Although a number of established riders have confirmed their teams and plans for the 2015 TT Races, changes in personnel, machine, team and manufacturer are still anticipated throughout the winter months. The new Superbike regulations, similar to those in the British Superbike Championship, will be introduced in 2015 and are likely to reduce costs and support more teams in their efforts to be competitive.

Every rider in the top ten fastest ever laps list will be back in 2015 for what is likely to be the most competitive in living memory with Bruce Anstey, Michael and William Dunlop all recording their fastest laps in this year’s meeting.

As well as his maiden TT win in the Bike Nation Lightweight Race, Dean Harrison also posted his first 130 lap, the thirteenth fastest in history. Indeed of the fourteen riders to have clocked 130mph, only the retired Steve Plater will not be lining up on the TT grid next year while Dan Kneen (129.360), David Johnson (129.128), fastest ever newcomer Peter Hickman (129.104) and Dan Stewart (129.077) will all be pushing hard to join the 130mph club. Riders will have to have lapped in excess of 126mph to feature in the top twenty seeds in 2015.

In the Sure Sidecar class no fewer than 7 TT race winners will line up next year with last year’s race winners Dave Molyneux and Conrad Harrison both returning. While Harrison will again team up with Mike Aylott, Dave Molyneux will partner fellow Manxman Ben Binns for the first time around the Mountain Course.

The new technical regulations in the sidecar class, which will allow 675cc three cylinder motors, give teams the option to introduce power plants such as the Triumph 675 and MV Agusta F3 alongside the traditional four cylinder 600cc engines.