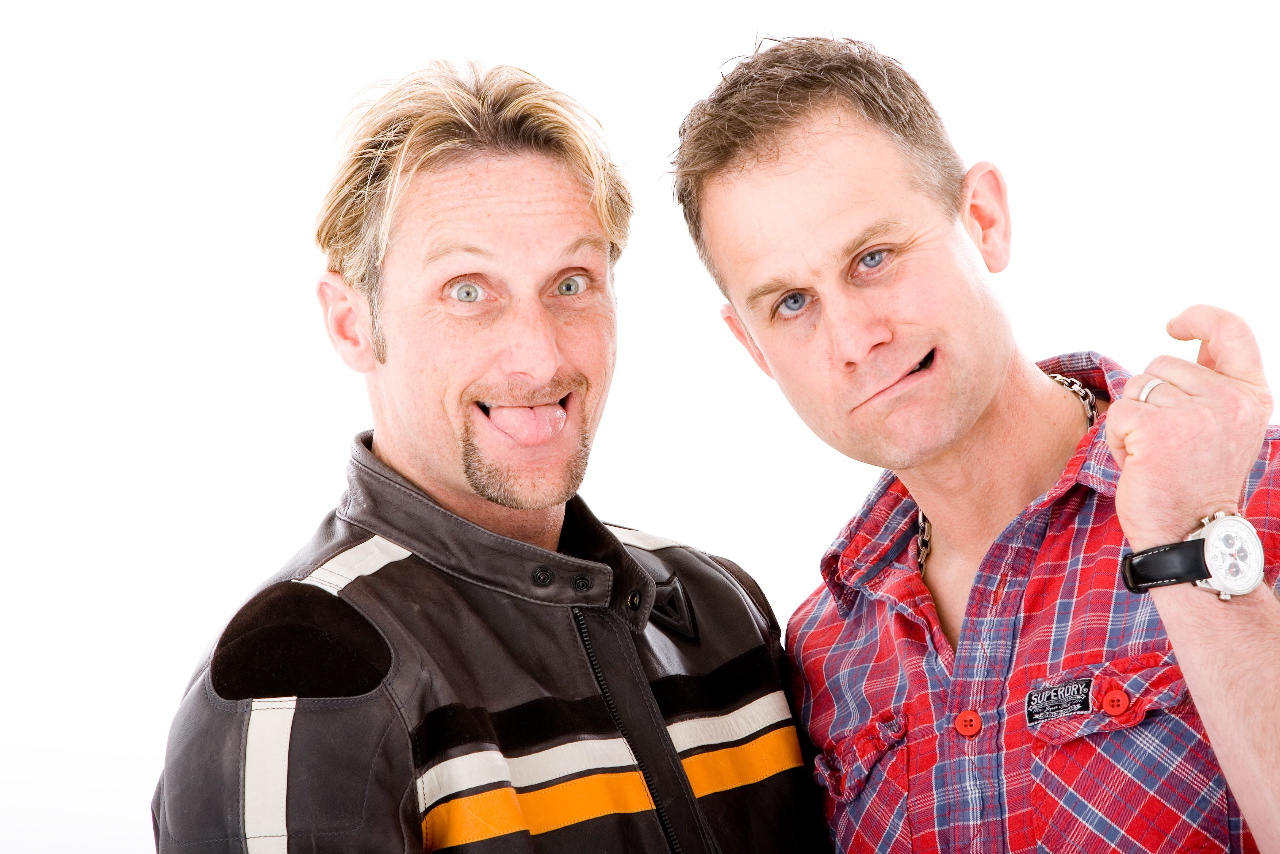 SUPERBIKE legends Carl Fogarty and James Whitman are set to make a pit stop in Solihull on the latest lap of their UK chat show tour.

Foggy and Whit have been revving up audiences across the UK for the last four years with their popular stage show ‘Foggy and Whit: Givin It Gas’.

The old rivals and best of friends compete in a hilarious, highly charged race down memory lane. Neither holds back and fans are treated to an evening of candid banter – live and uncut.

Fuelled by the success of their 2014 January Tour, the pair will hit the road again for three extra dates in May, including a show at the National Motorcycle Museum.

“We’ve never been to the National Motorcycle Museum before. I can imagine they’re pretty chuffed to get a couple of old relics like us!” jokes Whit.

The lads kick start their engines at The National Motorcycle Museum in Solihull on Tuesday May 13th.

And as an added bonus, any fans buying tickets for the show will also gain free entry to the museum, which contains the largest collection of British motorbikes in the world!

“The National Motorcycle Museum is home to some of the most iconic racing bikes in the world so it’s the perfect venue for an event like this.

“The show itself is unscripted so even Whit and I never quite know what to expect, which is part of the fun! This is our fourth UK tour and we’ve never had one negative comment – bike fans seem to really love the format.

“It’s a chance to hear about some of the crazy stuff that happened off the track and never made the press.”

The show, featuring on-stage chat and questions from the audience, will last around two hours and feature a charity prize draw. Full bar & catering facilities are available at the Museum venue.

Tickets are priced at just £20 and for more details (including a great hotel offer) about how to purchase visit www.foggyandwhit.co.uk

Conveniently located in the heart of the Midlands Transport Network, with Birmingham International railway station just a five-minute taxi ride away, the National Motorcycle Museum is an award-winning venue with conferencing and events facilities. The conference venue has 13 purpose built suites available, including the Wardroom, seating small parties of up to 20 guests, and the Imperial Suite which can host 1000.