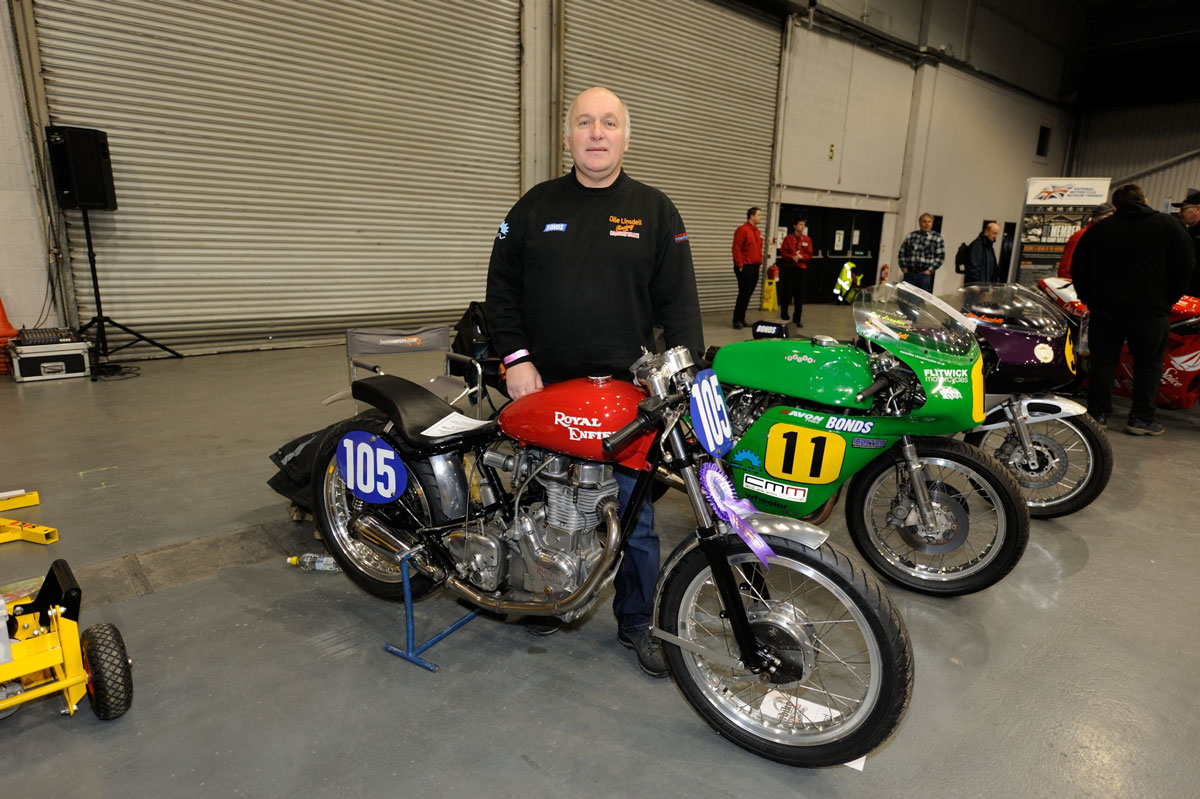 THE newly branded Putoline Classic Dirt Bike Show is ramping up the celebrations for 2015 as its new owner brings together exhibits and star guests marking some of off-road and road racing’s most memorable moments.

The event, held at Telford’s International Centre, takes place across the weekend of February 21-22 with highlights including 40th anniversary celebrations of both Martin Lampkin being crowned world trials champion and Mick Grant claiming his second of seven TT wins, a race in which he beat Mike Hailwood’s long-standing lap record.

Mick, who is the event’s guest of honour, will be in attendance throughout – chatting with showgoers, presenting the show’s awards and speaking at the Classic Dirt Bike dinner on the Saturday evening.

Leading off-road motorcycle journalist Tim Britton said: “With his glittering career as a road racer, trials rider, development engineer and raconteur, Mick Grant has spent most of his life at the sharp end of motorcycle sport.

“He’s also been a team manager and rider manager and has picked up a wealth of tales from the road racing and trials scene. He’ll provide much value as a guest of honour and it’ll be a real treat for visitors to the show who get to rub shoulders with him.”

What has since become known as the Manx Decade of International Six Days’ Trials will also be remembered with 2015 marking 50 years since the first ISDT on the Isle of Man and 40 since the last.

Following on the Manx theme, a display of racing Nortons through the ages will form part of a special exhibit from the National Motorcycle Museum which will showcase the marque’s rich history on the Island.

A series of luminaries from the off-road world, including Bill Brown and Sammy Miller, will also be in attendance along with road racing stars Olie Linsdell and his father Steve – the latter being a TT rostrum man. The Linsdells will be at the show as part of the new Classic Racer Paddock where visitors can witness the roar of famous race machines, the highlights of which are a TT winning Works Patton and the world’s fastest Royal Enfield.

Throw in several halls packed with stunning display machines, superb club exhibits and all manner of trade and autojumble stands and this popular Telford weekend looks set to deliver once again.

Event planner Richard Graham commented: “As new organisers of the Putoline Classic Dirt Bike Show we are working closely with former owner Alan Wright to ensure that all the usual elements that everyone loves are included while also aiming to bring our own brand of excitement to proceedings.

“The addition of the racing paddock should do exactly that and there are so many important anniversaries in motorcycle history to celebrate.

“It’s going to be a top weekend for all two-wheel enthusiasts.”

A one-day adult ticket to this action-packed weekend event is just £11 when bought in advance. Tickets on the gate are £13 with under-12s admitted free. Further details can be found at www.classicbikeshows.com or by calling 01507 529529.