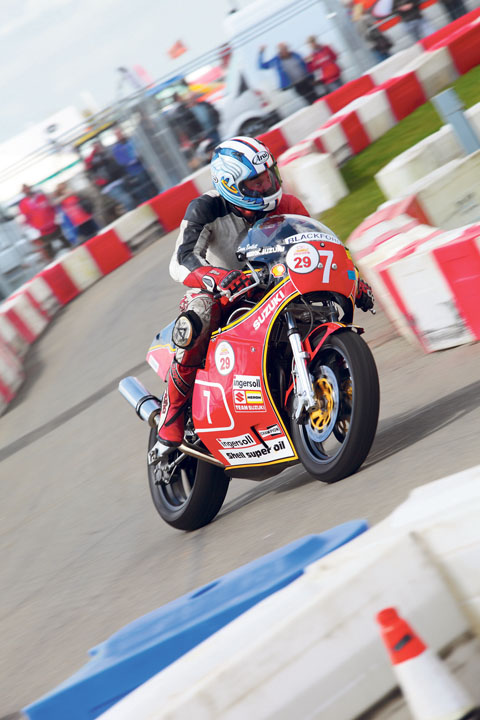 MCN’s new and interactive Festival of Motorcycling has proved a hit with visitors, exhibitors and the industry. 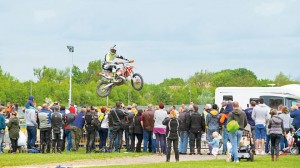 Held over the weekend of 16th-17th May at Peterborough Arena, over 15,000 people were treated to non-stop entertainment throughout both days and an unrivalled opportunity to test this season’s hottest new bikes.

MCN pulled out all the stops to put this new event on the map, inviting 1993 world Grand Prix champion Kevin Schwantz and US legend Dave Aldana to lead a revival of the Transatlantic race series against a star-studded UK team.

Schwantz said: “It was brilliant to be involved with the first MCN Festival of Motorcycling, and reviving the Transatlantic series in this way has been brilliant. There’s been some spectacular racing and I’ve enjoyed every second of it!” 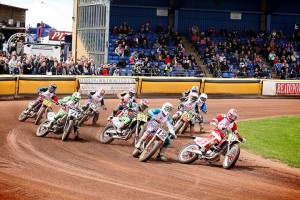 There was off-road action too, with multiple World Enduro champion David Knight MBE thrilling onlookers in the MotoXchange Extreme Sprint Enduro, a non-stop high speed version of motorcycle trials in a race format.

The show also featured classic bike parades of top-class machines from the past six decades, and demonstrations of championship-winning sprint bikes.. Custom fans were entertained with a bike build-off and a display of historic Harley-Davidsons dating back to 1912, courtesy of Warr’s Museum.

However, the stand-out feature of the MCN Festival was the wide variety of opportunities to get involved on two wheels.

Manufacturers as diverse as CCM, Harley-Davidson, Indian, Kawasaki, KTM, Suzuki, Triumph, Victory and Yamaha brought along more than 100 demonstrator bikes between them and almost all available slots for test rides were taken.

Over 70 people got their first taste of motorcycling courtesy of Get On, while others tried riding an adventure bike off-road with Touratech or experienced motocross for the first time with the Yamaha AMCA MX Experience. For those who fancied a blast from the past, the National Motorcycle Museum provided test rides of classic machines on a closed course.

Exhibitors reaction to the new event was very positive.

Ross Walker, Marketing Co-Ordinator, KTM, said: “It was a very positive show, well attended. Feedback from the demo try-out area was excellent and KTM will look to provide more bikes for 2016.”

Gill Jockel, Marketing Section Head, Kawasaki, said: “It has been a great opportunity for Kawasaki to offer test rides at the event; the show comes over very interactive and more about ‘get involved’. An excellent response from the visitors.”

Nick Plumb, Touratech UK, said: “With Touratech overseeing the Adventure area and experiencing great response from visitors we really feel this is something that we can help grow in years to come.”

Retailer Paul Alexander of A16 Road N Race Supplies said: “A very professional show, lots of promotion prior to the event, which helped to provide a great audience. Helped enormously having the manufacturers there.”

Rob Aherne, MD of Motorcycling, Bauer Media, said: “We are delighted that the first ever MCN Festival has been successful and enjoyed by so many people.

“It was a big step to launch an outdoor event on this scale, but feedback from visitors, exhibitors and manufacturers has already repaid several months of really hard work. It’s hugely encouraging that people understand what we are trying to do and we are looking forward to delivering an even bigger and better Festival next year.”