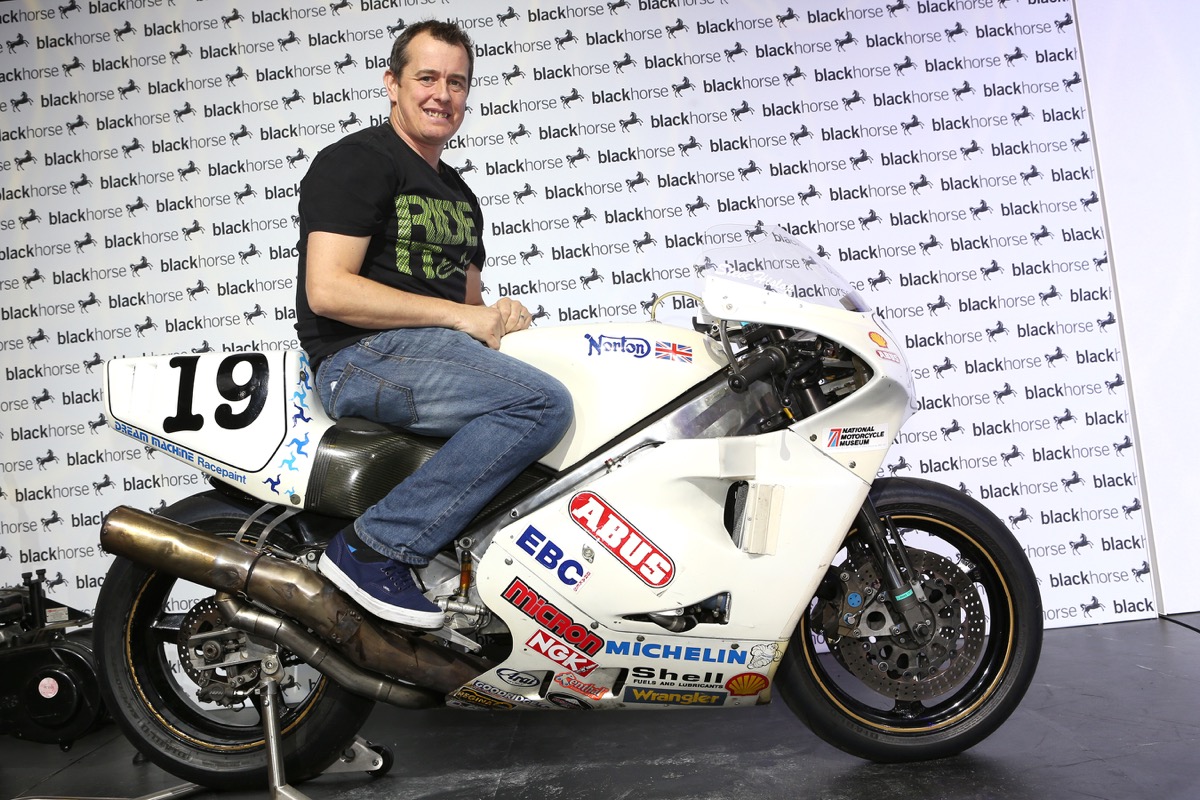 Iconic British Motorcycle brand Norton is set to be a key part of the 2015 Isle of Man Classic TT presented by Bennetts.

The marque’s development has been inextricably linked to the Isle of Man TT Races from the races inception in 1907 through to its modern day appearance with Cameron Donald setting the manufacturer’s fastest ever lap of the TT at the 2014 meeting.

Rem Fowler’s inaugural TT winning bike from 1907 will be returning to the Isle of Man as part of a unique pop up museum in the paddock that will also feature the greatest collection of factory Rotary Norton’s ever seen on the Isle of Man, courtesy of the National Motorcycle Museum in Birmingham.

Eighteen original factory Rotary Nortons, including Steve Hislop’s 1992 TT Race winning ABUS sponsored machine, a large number of the iconic JPS liveried machines and the Duckham’s sponsored bikes from the latter part of the Rotary era will all feature in the paddock display which will run from Friday 28th August to Tuesday 1st September 2015.

The Classic TT Parade lap – Norton the Rotary Years sponsored by the Isle of Man Steam Packet Company – will run on Monday 31st August. It will tell the story of the Rotary Norton during the 1980’s and 1990’s and will, where possible, feature original bikes and riders including the likes of Trevor Nation, Ian Simpson and Steve Cull. John McGuinness, one of Steve Hislop’s biggest fans, will ride the 1992 ABUS in the parade.

The cultural focus for this year’s Classic TT meeting will be centred around the late 1950’s and early 1960’s rocker years with music, fashion and other activities the backdrop of an era when the Norton brand was achieving iconic status away from racing. A large scale Caf� Race Concourse D’el�gance will add to the hive of activity in the paddock with Ace Cafe, a driving force of the period, bringing the evocative era back to live behind the grandstand in 2015.

The 2015 Classic TT includes two race days on Saturday 29th and Monday 31st August 2015 and the paddock carnival on Friday 28th August. It is part of the Isle of Man Festival of Motorcycling, which runs from 22nd August to the 4th September and also includes the Manx Grand Prix, the Classic and Two Day Trials and the VMCC’s rally and Festival of Jurby.