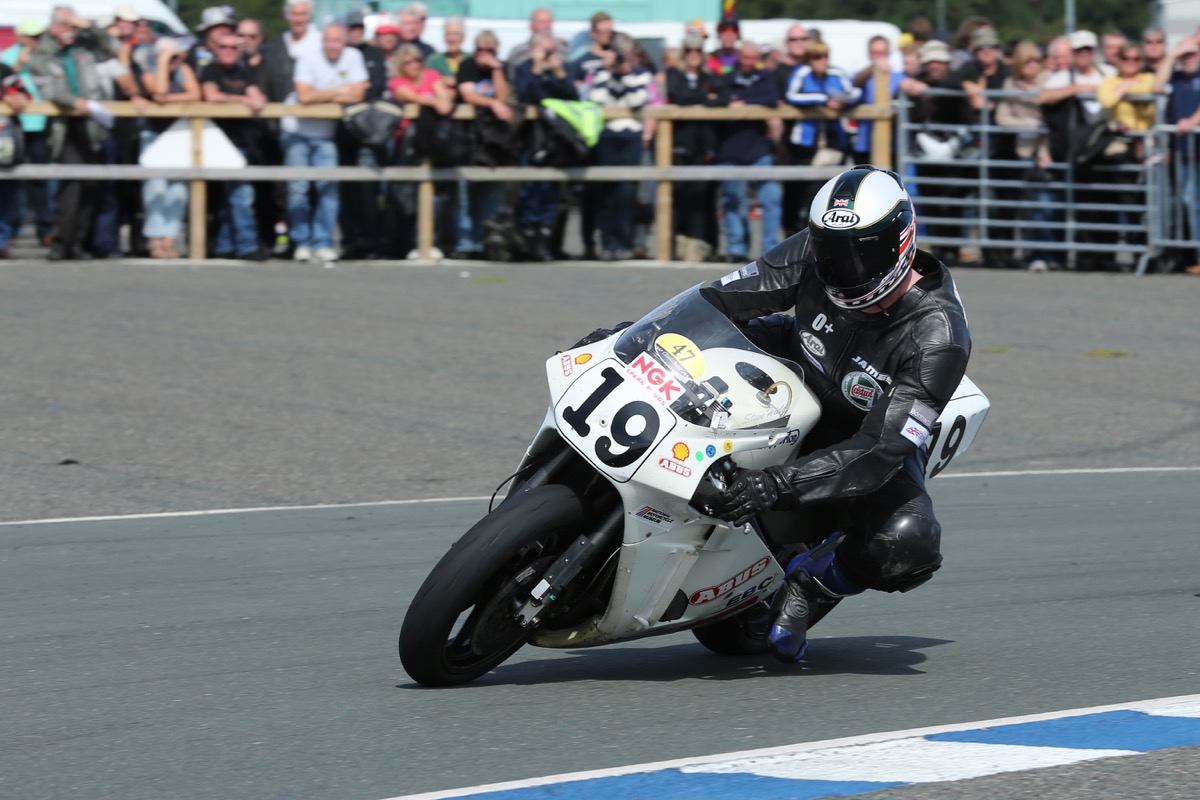 The ex-works Norton NRS588 that Steve Hislop rode in winning the 1992 Isle of Man TT Races Senior TT will return to the Island later this month to appear in the Classic Racer Magazine Classic TT Lap of Honour.

The parade lap, which takes place on Monday 25th August, is part of the Classic TT Races presented by Bennetts that includes a tribute lap to road racing legend Joey Dunlop and the Bennetts 500cc, Motorsport Merchandise Formula 1 and F2 and the Okells 350cc Classic TT Races.

The 1992 Senior TT is widely recognised as the greatest race in the TT’s history. It saw Hislop swap the lead with Carl Fogarty throughout the six-lap race before the Scot eventually won just 4.4 seconds ahead of the Blackburn rider. Fogarty had the consolation of setting the outright lap record with 122.61mph, a record that was only broken seven year’s later, but Hislop also set the race record with 121.8mph.

James Hewing, director of the National Motorcycle Museum in Birmingham where the bike is currently on display, will ride the bike in the parade. He said:

“It will be an incredible honour to ride the bike on the circuit that it is most associated with. We are keen that some of the museum’s most valued machines are seen by fans in the appropriate context of live displays rather than just at the museum itself and we are delighted to be associated with the Isle of Man Classic TT event.”

Tickets are now on sale and selling fast for the 2014 Classic TT Races presented by Bennetts.  VIP experiences, Grandstand tickets, Classic TT Heroes Dinner and Classic TT Party tickets can be purchased from www.iomtt.com or by phoning 00 44 (0)1624 640000.

Travel and accommodation packages to suit all budgets and requirements are available from Official Classic TT Travel Agency Regency Travel on +44 (0)1624 694456 or sales@iomttbreaks.com