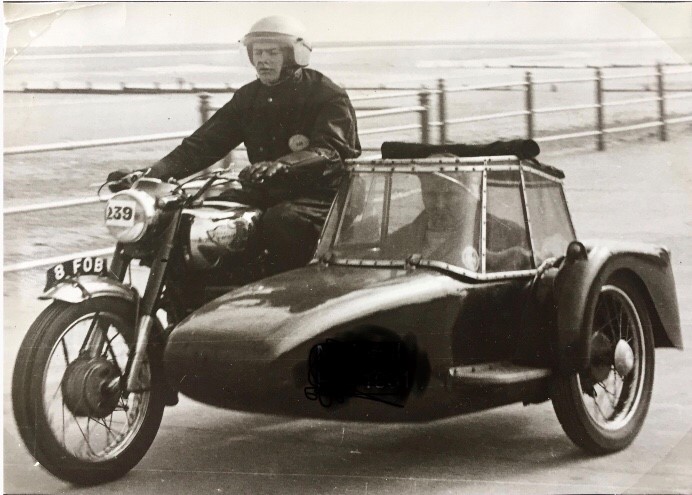 By NMM News on October 22, 2018 in News, Press Release
ROYAL ENFIELD BARNFIND FOUND AFTER 53 YEARS AMONG THE 165 PLUS BIKES (£1M) FOR SALE WITH H&H CLASSICS AT THE NATIONAL MOTORCYCLE MUSEUM, BIRMINGHAM, NOV 9TH
The next H&H Classics sale of motorcycles at the National Motorcycle Museum in Birmingham on November 9th has among the 165 plus bikes on sale (estimate value £1 million) a number that stand out because of their fascinating histories. 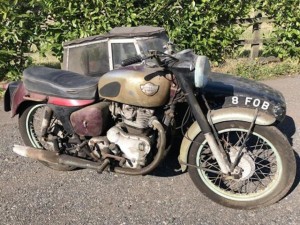 The Royal Enfield Constellation 700cc (pictured) with its Wessex sidecar is a perfect ‘time capsule’, found in a Birmingham garage at the bottom of an overgrown garden with overalls, helmets and maps still sat in the sidecar when they were last used 53 years ago by John Hardwicke. The late Mr Hardwicke bought the bike new in 1962 for £231, used it briefly then parked it in his garage at the bottom of the garden and never took it out for 53 years after the birth of his daughter. 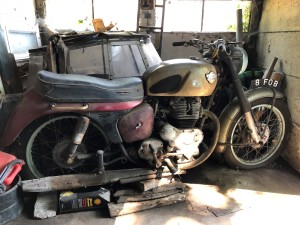 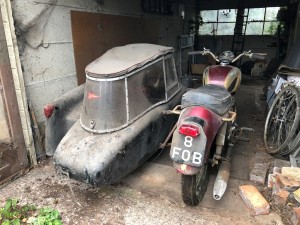 When Mark Bryan of H&H arrived to look at the bike after its owner had passed away there was a tree that had grown up in front of the garage door blocking it. “There is something just magical in finding a sleeping beauty like this bike, that has stood patiently waiting for its next trip out for more than five decades. It really was a special moment finding this bike.” 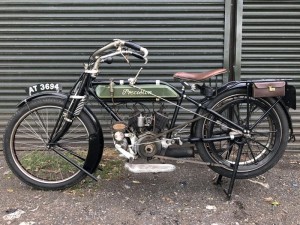 Another fascinating machine among the gleaming bikes that cover more than a century is this beautiful veteran – a very rare, interesting and well-known bike, a 1913 Precision 499cc Twin with later fitted 3 speed Sturmey Archer rear hub (and Pioneer certificate). It has a London to Brighton history as well as a comprehensive history file. It has not been used for last couple of years so may require some light recommissioning.