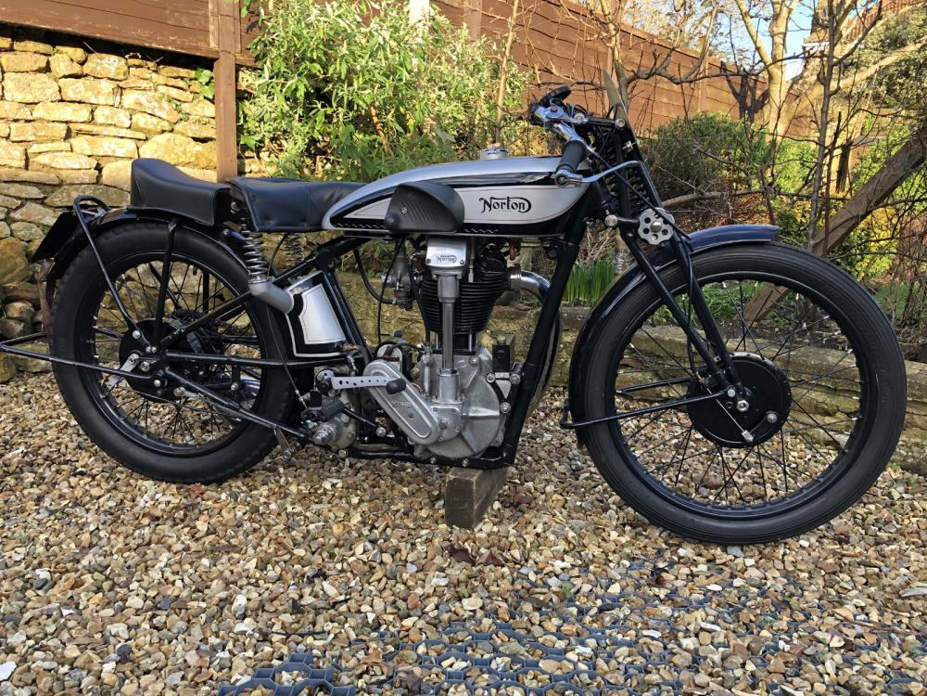 One hundred per cent of funds from the sale of this 1930 Norton CS1 will go towards the purchase of the Old URC Church in Stoke-sub-Hamdon, Somerset, built by a distant relation of the bike’s owner, former RAF pilot, Bill Southcombe.

The whole community is doing its bit to seal the deal on saving the church which plays host to a number of community projects. The bike will be sold at auction by H&H Classics on April 7th at the National Motorcycle Museum in Birmingham. It is estimated to sell for £25,000 to £27,000. 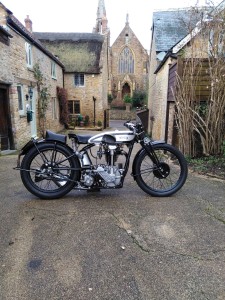 Bill Southcombe explains why his bike has come to be sold to save the church. “If we fail to buy the church it will be auctioned by the Synod, to developers probably, or left to decay.” As a Trustee of the charity set up to save the church he has already donated the value of two other of his bikes.

“It’s a Congregational Church built by my ancestor, Richard Southcombe, for the community in 1866. It is 2* listed and in very good condition and was given to the URC Synod in 2016 by the Elders. If we are to save it we must pay the Synod this year, 2020”

Hamdon Community Arts Project (HCAP) has been founded to buy back the building for £100,000, half its market price, as a community sale. HCAP is registered as a Charity. Currently the church houses  a playgroup founded in 1974, a local band founded 1945 and a charity shop. The church has an exquisite 900 pipe organ donated by Julia Southcombe in 1875 which is still in perfect condition. HCAP organises plays, recitals, music competitions, and the performance of Handel’s Messiah.

The Business Plan for HCAP has earned Parish and Somerset County Council support. Besides the £100,000 needed to secure the church a further £100,000 is needed to convert it.

Bill Southcombe joined RAF as a navigator in 1961 and flew three tours with the Vulcan B2 BS at Scampton (83 Sqn), Cottesmore (9Sqn) and Akrotiri Cyprus. He won Strike Command Bombing Competition, beating USAF B52 and F111s in 1970. Posted to Phantom FGR2 at Coningsby(6 Sqn). Night ground attack and deployment.

Detached to Akrotiri in  1974 with 6 Sqn to keep peace after invasion of Cyprus by Turkey. Posted to RAF Germany on 14 Sqn, then to Leuchars (43Sqn) on Phantom FG1 on Quick Reaction Alert, intercepting Russian bombers in UK air space. 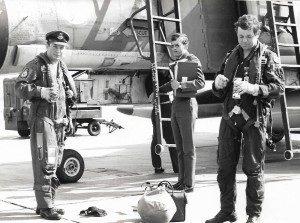 (Pictured) Returning from Tengah non Stop in 1974 in a Phantom (6Sqn), Pilot Bill Southcombe on the right in his RAF days

Mike Davis of H&H Classics, says: “Top of FormTop of FormBill Southcombe’s 1930 Norton is one of the very first Arthur Carol designed CS1 Norton’s to have been made. It left the Norton works on the 20th of December 1930, sold to Mr H G Turner (possibly for racing) as it was not registered for road use until 1934.

Purchased in approximately 1969 in a dismantled state by the current vender, the machine was untouched and kept in boxes due to moving around the country for RAF duties.

Restoration started in 2003 on his retirement.  The engine was restored by well-known Brooklands tuner Francis Beart’s mechanic Keith Manning. There is a large file with various photos, documents for work carried out on the bike.”

CHOCOLATE & THE MUSEUM!
FRIENDS OF THE NMM – INITIAL 2020 ACTIVITIES ANNOUNCED