This classic Italian Vespa scooter (pictured) was bought in Rome by Elliot Kastner, film producer of: Where Eagles Dare, The Blob, Missouri Breaks (with Marlon Brando), Angel Heart and bought over to the UK by him – and used by Marlon Brando as a fun run-around when visiting Kastner. 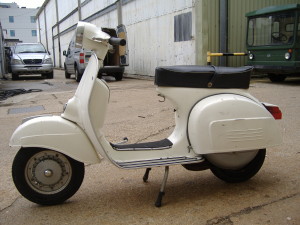 Now up for sale with H&H Classics on November 2nd at the National Motorcycle Museum it is in an original unrestored condition, still bearing the original Roman number plate. It is estimated to sell for £2,000 – £3,000.

Mark Bryan of H&H Classics Motorcycle Department, comments: “This Vespa has impeccable credentials and is something of a find for any Brando fan who also appreciates classic Italian design of this iconic scooter. It is a great mix of bike and film history.” 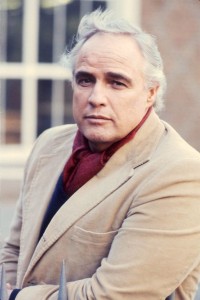 After being used in Rome during a film shoot the scooter was shipped back to Britain. It was never registered for road use but was ridden at Kastner’s country home Runnymede House, Old Windsor in Berkshire. Dillon Kastner, Elliot’s son, has put in writing – included in the sale – that his father’s good friend Marlon Brando was a regular visitor at Runnymede House and would use the scooter to get about. Brando used to say to Elliot Kastner “Is the bike serviced and ready to go?” The bike was not UK road registered but that didn’t stop Brando venturing out on local roads!

Dillon Kastner, sold the bike to the current vendor, Chris Bishop, Head of Furniture at Pinewood Studios for 25 years, who knew Elliot Kastner as the producer had an office at Pinewood. Where Eagles Dare produced by Elliot Kastner. 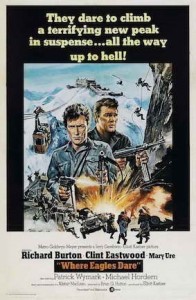