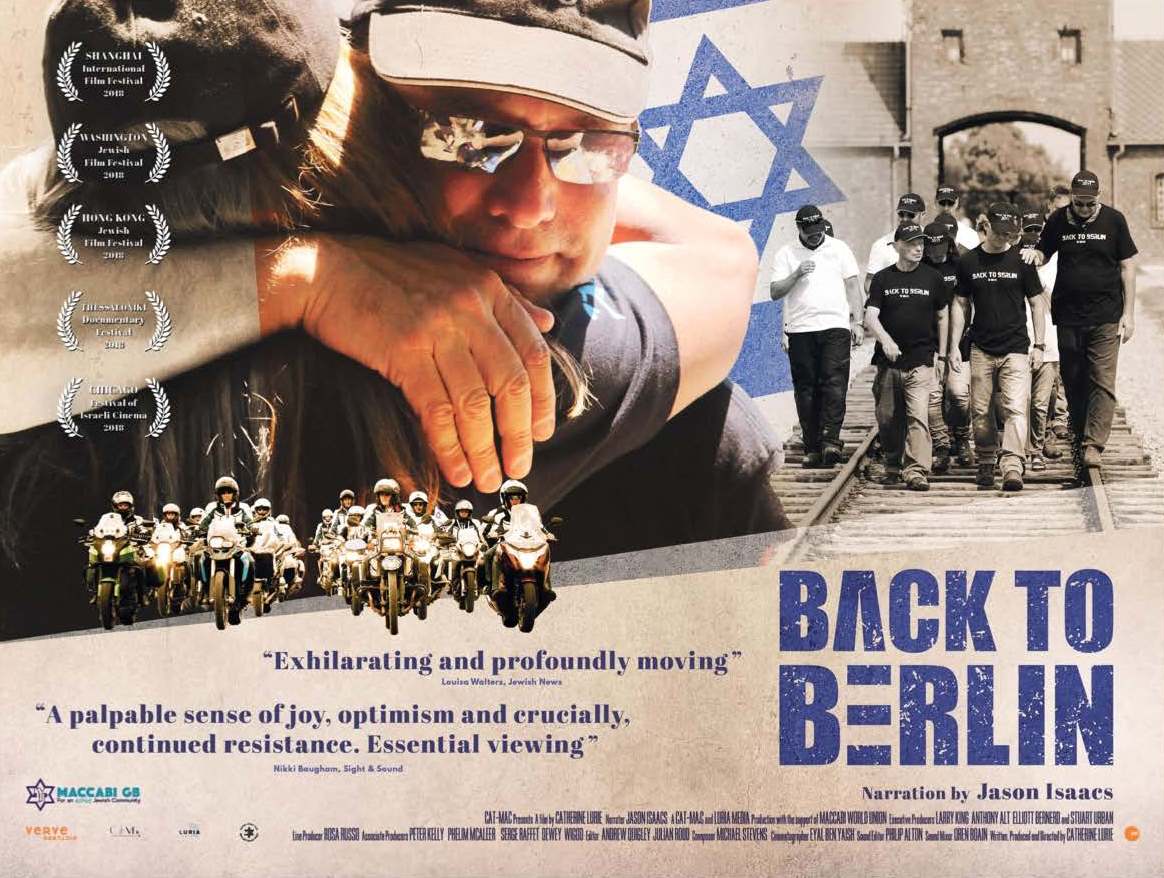 The “Back to Berlin” cameras follow eleven modern-day Jewish bikers on an epic journey from Tel-Aviv to Berlin, crossing nine European countries and 4,500km in twenty-four days. Their mission: to deliver the Maccabi torch to Hitler’s infamous 1936

Olympic stadium for the opening ceremony of the 2015 European Maccabiah Games.

These riders follow in the tracks of the early 1930s’ bikers who set out from Tel Aviv to all corners of Europe to seek out athletes to compete in the first Maccabiah Games.

En-route, each country holds a chilling resonance for our motorcycling Holocaust survivors, descendants of survivors and the grandson of a 1930’s Maccabiah Rider. Stories of defiance and survival are revealed, as well as those of horrifying tragedy.

The juxtaposition of the present and past is the underlying thread of this Biker-Flick meets Holocaust film mixing archival footage with the 2015 journey.

As resurgent populism and anti-Semitism once again rear their ugly heads, this film brings an important message through the voice of those who have been personally affected by one of the darkest pages in human history. This isn’t simply a “Jewish” story. It is the story of people overcoming the worst from fellow man to restate our common humanity.

The Film is being shown in Birmingham on 06/01/18 with other showing around the country. More details www.backtoberlin.co.uk

Get 10% discount on tickets for Donington Hall ‘Burnout 2019’…
VELOCETTE V-TWIN!