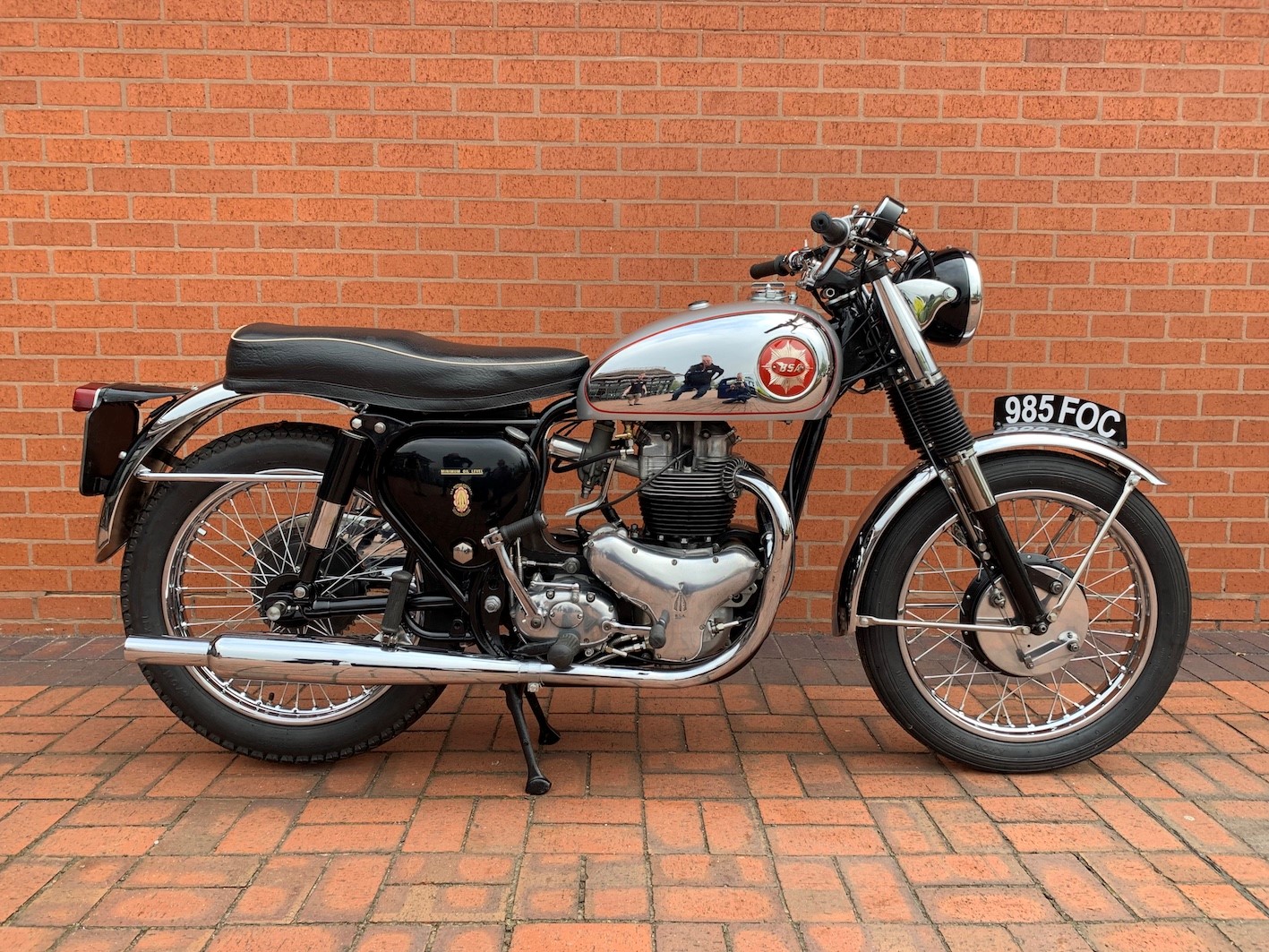 By NMM News on April 24, 2019 in News, Press Release
A unique BSA Rocket Gold Star factory prototype ‘985 FOC’ will be sold at the next H&H Classics auction at the National Motorcycle Museum on July 30th for an estimated £35,000 to £40,000.
This piece of motorcycling history was built at the BSA factory in Birmingham in January 1962 and was used for the development and evaluation of the Rocket Gold Star.
Copies of the BSA factory despatch records show the bike was first used by “Press Road Test Motorcycle Sport” in Jan 1962, following this the factory replaced the frame. The bike was then used by BSA factory racer Chris Vincent at the TT as his personal transport.
Other despatch entries show Worcester County Constabulary testing the bike for possible Police use and Mr G. Harding (a BSA Dealer) on the Isle of Man. Finally, the factory sold the bike to Aston Autos in Birmingham as a used bike in Dec 1963.
Mark Bryan, of the H&H Classics sales team, says, “This bike really is unique, literally a one off prototype! A bike with this sort of provenance really should be in a museum. Possibly one of the best looking bikes made by BSA. It is a great piece of history and it link to Chris Vincent makes it even more special.” 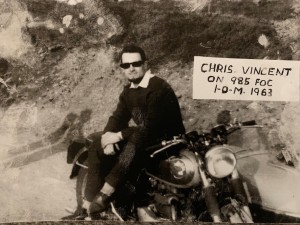 Pictured is Chris Vincent on 985 FOC in 1963 at the Isle of Man. In the picture shown the bike is seen with Chris Vincent, the former motorcycle sidecar road racer who was very successful in short-circuit (tarmac) racing in the 1960s and early 1970s. He was riding this bike to Liverpool to catch the ferry to the Isle of Man when he was stopped by a traffic policeman for speeding. Asked where he was headed so fast he said he was off to the Isle of Man. The policeman said he was also heading that way as he was a fan of Chris Vincent whom he wanted to see compete. Vincent then said: “Well you’d better let me go then or I will miss the ferry and my race!” He was let off and later won his race.
The BSA Rocket was most recently bought by the current vendor in 2017 as a basket case, although complete. It had been off the road since 1972. A sympathetic restoration was undertaken using as many of the original parts as possible and any parts deemed beyond repair are included with the bike. Completed in 2018 and subsequently displayed at various shows it is now up for sale and ready to provide a new owner with many years of pleasure.
It comes complete with the original RF60 buff logbook, copies of the factory records, BSA Owners Club dating letter and other related paperwork. It is currently on display at the National Motorcycle Museum prior to sale.
FOR MORE PRESS INFORMATION PLEASE CONTACT THE H&H CLASSICS PRESS OFFICE: Julian Roup ON +44 (0) 7970 563958 OR email info@bendigopr.co.uk
TRIUMPH SUPPORTS 2019 SUPERSPORT  ROAD RACING SEASON
BLACK KNIGHT – One Owner From New: 1955 Vincent Black Knight for sale with H&H Classics ESTIMATE £40k – £45k