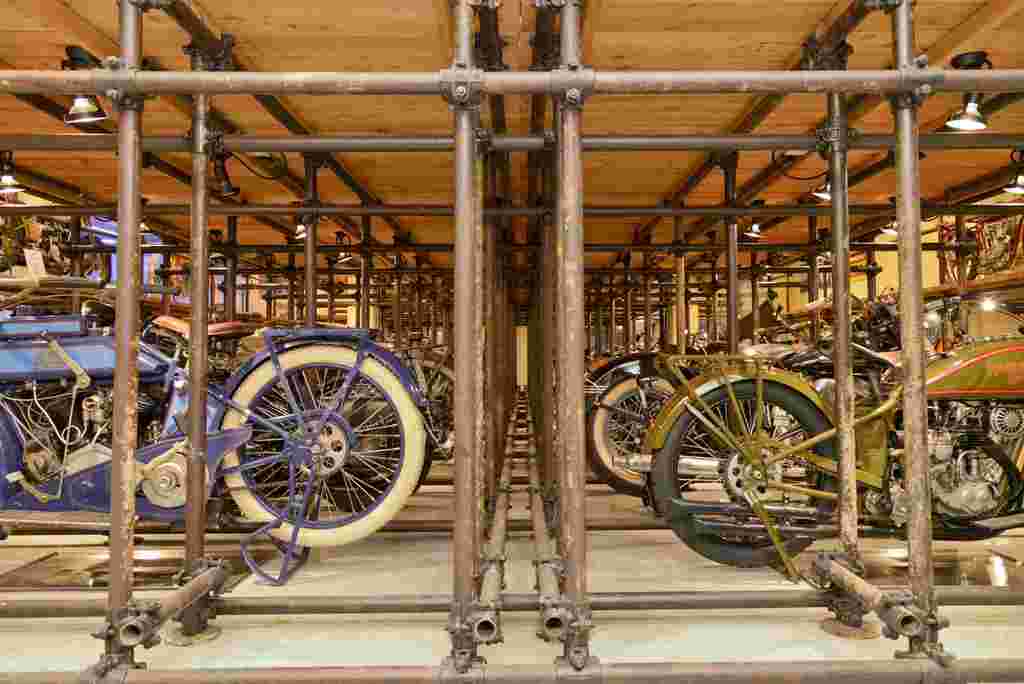 “This is an incredibly rare find; 60 fantastic collectors’ motorcycles, all carefully stored in the Brescia based private museum of entrepreneur and CEO of the Santoni Group, Tiberio Lonati”, said Ben Walker, International Director for Bonhams Collectors’ Motorcycles.

“Mr Lonati loved what motorcycles represent, ‘complete freedom’, the open road, something highly synonymous with US motorcycle marque, Harley-Davidson – which is perhaps why he had so many.”

Stored in an astonishing private museum of motorcycles, the prized collection celebrates American marques from across pivotal points in motorcycle manufacture.  Highlights include a 1910 Pierce 688cc Four, estimate £60,000 – £80,000, and an Indian 1,265cc Model 402 Four-cylinder Combination, estimate £40,000 – £50,000.

The Lonati Collection began with Tiberio’s son, Francesco, who has a great love for motorcycles.  With his enthusiasm for the machines, coupled with knowledge of his father’s likes, Francesco Davidson WLA, now offered at estimate £14,000 – £18,000.  This first motorcycle ignited a passion, and soon Mr Lonati expanded to a vast 60 motorcycle collection, all housed in a private museum at the Santoni factory in Brescia, Italy.