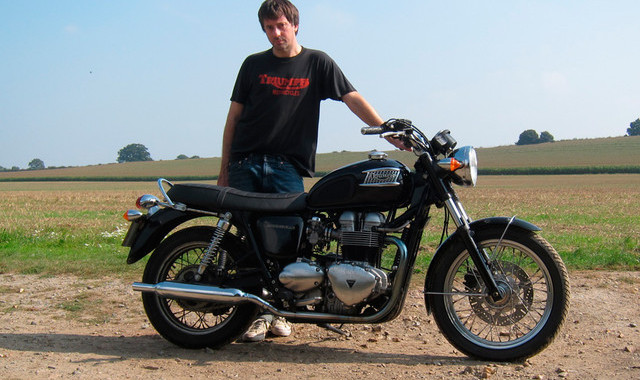 Proving to be another successful year for the Motorcycle Department, Bonhams auction at the Stafford Classic Motorcycle Mechanics Show drew large crowds, including noted celebrities and showcased over 300 lots of collectors’ motorcycles, memorabilia and motorcycle spares, achieving in excess of one million pounds.

Graham Coxon, British musician and lead guitarist for Blur, donated seven machines, all selling for a combined total of over £24,000. Coxon’ prized collection spanned the past 50 years, with him generously donating the proceeds to the UK’s leading children’s charity, the NSPCC.

James Stensel, Head of Bonhams Motorcycle Department said: “We are delighted to have been selected by Graham to auction his brilliant collection of motorcycles. Through Graham’s incredible generosity, the NSPCC can continue to safeguard children and endeavor to eliminate abuse.”

The collection of British motorcycling legend Barry Sheene generated fantastic bidding, with enthusiasts targeting the auction with great vigour, several lots doubling their pre-sale estimates.  Collectors scrambled to own a piece of twice world championship winner Sheene’s memorabilia with a combined total powering above top estimate at £24,774, including the top lot, a race-worn Arai helmet from the late 1990s emblazoned with ‘Barry Sheene’, selling to an online bidder for £2,500.

Once marketed as ‘The most powerful motorcycle in the world’ and dating all the way back to 1914 – the Flying Merkel 998cc V-Twin sold for £104,540 against its £50,000-70,000 auction estimate, with James Stensel saying: “The ‘Merkel is without a doubt the most charming motorcycle I have yet to have had the pleasure of offering. The machine will be joining a particularly fine stable and all look forward to it returning to the open road.”

A further sale highlight included the 1913 BSA 4¼hp. Owned by the same family since 1958, almost tripling its top estimate when the hammer finally fell at £20,700.

James Stensel said: “This year’s Autumn Stafford Sale demonstrated everything that’s great about motorcycling, the passion collectors both new and old have for preserving these precious machines and their history in time is just incredible!

For further information on how you too can take part in a future Bonham’s auction, visit bonhams.com/motorcycles.