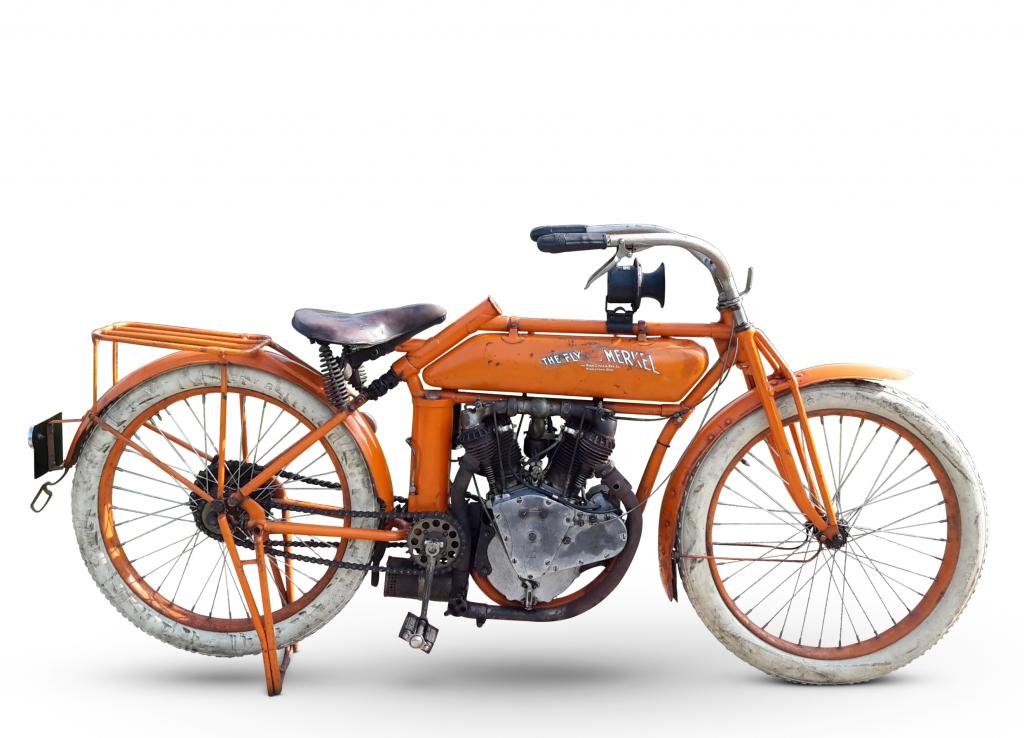 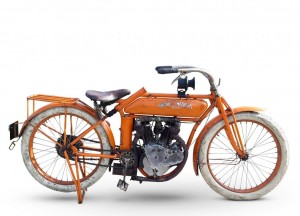 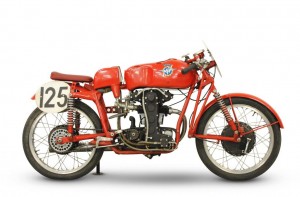 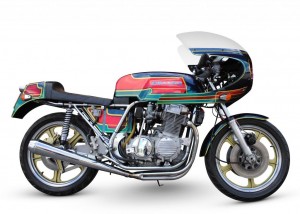 Ben Walker, International Director for Bonhams Collectors’ Motorcycles, said: “With almost 300 lots including over 180 motorcycles, this year’s Stafford sale will offer something for every enthusiast. We’ve an incredible selection of Italian, Japanese, British and American motorcycles, including pioneering pre-war machines, a wide range of vintage, and a selection of custom motorcycles appealing to the new generation of rider and collector.”

The rare collection belonging to the late Maurice ‘Mole’ Benn includes several rare MV Agusta overhead-camshaft racing machines. Mole Benn was one of the first enthusiasts to tune and race BSA’s humble Bantam commuter bike in the 1950s, and is credited with lapping the Isle of Man TT course at over 70mph on one of his machines.

Mole had a great passion for the MV Agusta marque. Seven of his personal MVs are to be featured in the Bonhams sale, the highlight of this selection being the ex-works 1954 125cc Bialbero (twin-cam) racer (£55,000-75,000).

A private collection of 1970s and 80s motorcycles including several turbocharged examples is to be offered.  Heading the collection, the stunning 1975 Dresda-Honda (£8,000-12,000) that was offered as the prize in a Motor Cycle News ‘spot the ball’ competition in 1975 and, in more recent years, has won the ‘Best Chopper/Custom Bike’ award at the Ace Café ’70s Day.

Once marketed as ‘The most powerful motorcycle in the world’, the 1914 Flying Merkel 998cc V-Twin (£50,000-70,000) is an exceptional and truly rare Pioneer machine, expected to ignite the interest of any collector.

Elsewhere, the 1928  Model ‘A’  Ariel (£3,000-3,500) is guaranteed to leapfrog the successful buyer into a Vintage riding career with the added bonus of a complimentary entry onto the Vintage Motorcycle Club’s (VMCC) 2015 Banbury Run and a year’s free membership to the world’s largest vintage motorcycle club.

Bonhams’ very own motorcycle extraordinaire Colin Seeley is synonymous with motorcycle frame design. So much so, his frames have been the focus of many builders to follow. Seeley sold the Manx Norton side of the AMC business to former fellow sidecar competitor John Tickle in 1969. Tickle was already supplying bolt-on accessories to the café racer movement, and for 1971 introduced an extensively redesigned and upgraded Manx frame. The c.1971 Tickle Manx 40M 348cc Racing Motorcycle (£18,000-25,000) is one of the rarer classic racers and is a potentially competitive mount in the right hands.

Whether a professional builder or a back shed enthusiast, these bikes embody the spirit and charisma of the old school whilst bringing a new and exciting twist to café racer/custom design.

Bonhams presents a collection of bikes that is becoming synonymous with the new generation of collectors including the 1999 Kawasaki 676cc W650 Custom by Deus Ex Machina (£12,000 – £15,000). Having previously been displayed at the Bike Shed M.C.C., the Kawasaki is likely to excite the avant-garde keen to own a piece of the famed Deus institute.

The 1978 Seeley-Honda 750cc F1 Sport (£8,000 – £12,000) in the sale is more than capable of holding its own alongside these modern-day creations.  Built by celebrated racer, designer and engineer Colin Seeley, the F1 Sport’s style is mirrored by today’s new breed of ‘café’ demonstrating the superiority of the Seeley product over 30 years on.