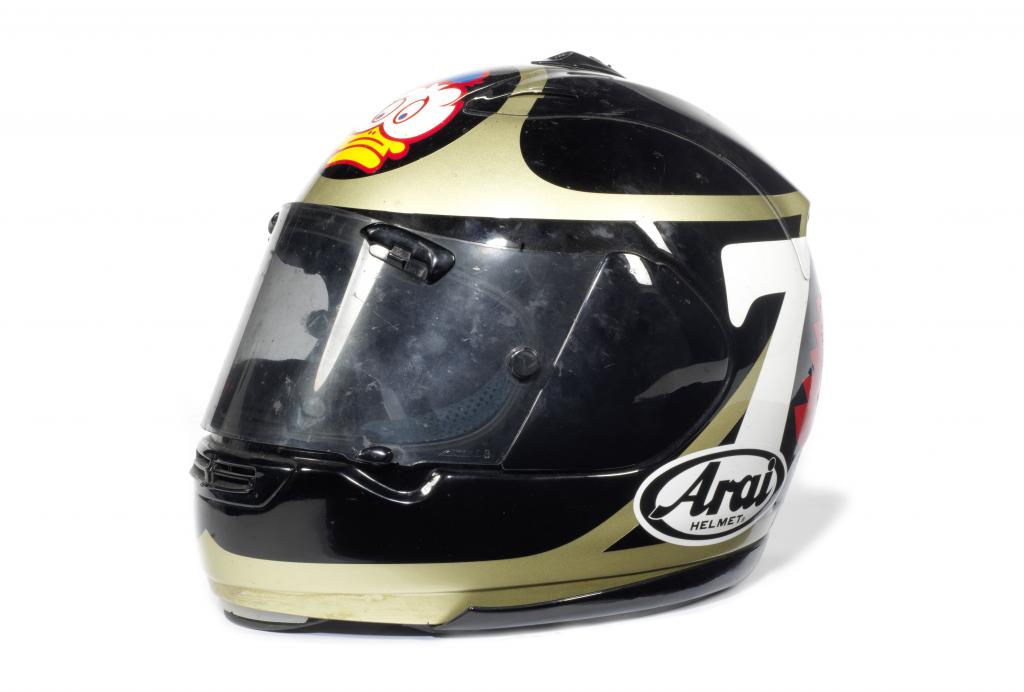 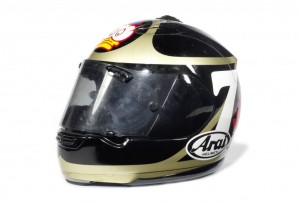 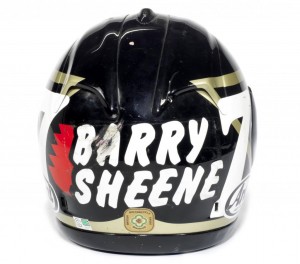 As part of the 19th October Stafford Classic Motorcycle Mechanics Show, Bonhams is to offer a selection of racewear, trophies and awards from the Barry Sheene Collection.

Barry Sheene MBE was the iconic British pin-up of motorcycling throughout the 1970s, famed for his fearless speed chasing, World 500cc Championship wins, and on more than one occasion, cheating death after surviving several brutal racing accidents.

Sheene’s racing career almost came to a catastrophic end when at the 1975 Daytona 200 he crashed at 175mph. Despite his injuries he went on to make a full recovery, racing again a mere few weeks later. In 1978 Sheene was awarded an MBE, where the Queen is said to have told him at his investiture: “Now you be careful, young man.”

Sheene began racing motorcycles at the age of five and remains the last British racer to win a 500cc GP in 1981. Alongside characters like James Hunt, Sheene put the motor racing world in the headlines with his glamorous lifestyle, brave high speed racing skills, and inspired millions throughout his career which spanned from 1968 to 1984.

Ben Walker, Bonhams Head of Motorcycles, said: “Barry Sheene was an icon of motorcycle racing, with a legend that continues today. We’re delighted to be able to offer this collection as part of our Stafford Sale – we expect many of his fans who witnessed his rise to fame would take great pride in owning a piece of his motor racing history.”

The Barry Sheene Collection offered at Bonhams sale includes a race-worn Arai Helmet and Dainese leathers from Sheene’s Classic and Historic race meetings, trophies and awards from British and European races including some Grand Prix and International race events from Sheene’s Championship-winning years, and a selection of other motorcycle and motorsport racewear and memorabilia.