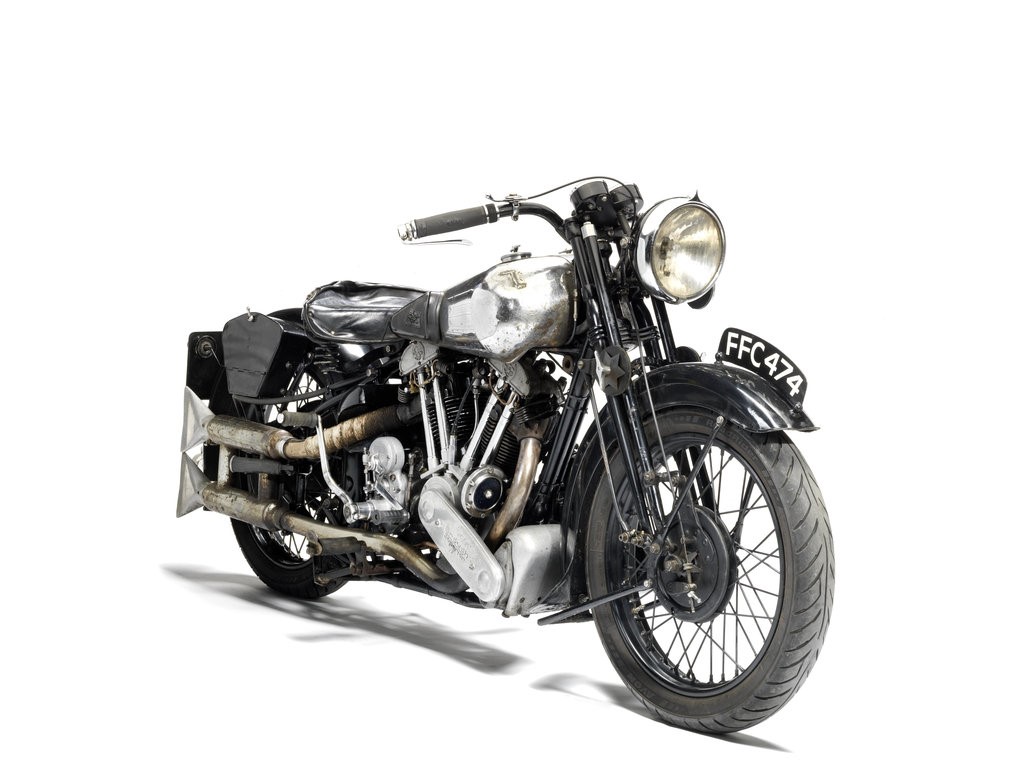 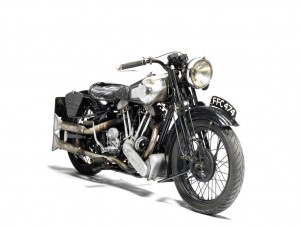 The hotly-anticipated single-owner Lonati Collection achieved excellent figures on day one of the sale, with 91% sold, and a new world record set for an Indian Four, as the 1930 Indian Model 402 Four Motorcycle Combination smashed its pre-sale estimate, soaring to £97,700.

“It’s been an excellent weekend at Stafford, with a two-day sale that has grossed an incredible £3.6 million, a new record for the sale,” said Ben Walker, International Director for Bonhams Collectors’ Motorcycles. “With great looks, excellent engineering and a prestigious reputation, it’s no surprise Brough Superior continues to prove popular, with enthusiasts willing to spend strong figures for both complete bikes and restoration projects, as we’ve witnessed at today’s sale, where the 1927 Brough Superior 981cc SS100 Alpine Grand Sport project was the highest grossing lot.” 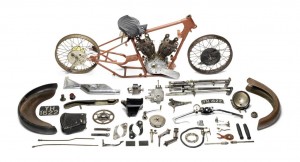 Adding some celebrity sparkle to the event, former Top Gear presenter James May offered several motorcycles in the sale, lead by his 1967 Honda CB450 ‘Black Bomber’, which sold for £5,980. From captain slow to the king of cool, the ex-Steve McQueen 1934 Indian 750cc Sport Scout sold for £59,740.

“The two-day Stafford Sale has been a resounding success, and the highest ever UK and European motorcycle auction total. Bonhams have a long established reputation for successfully handling single-owner collections, with the Italian Lonati Collection Sale further cementing that status,” said Malcolm Barber, Bonhams co-chairman. “We witnessed strong international bidding, with several American clients travelling to the sale, many European bidders in the audience and on the telephone, and famous faces in the room – another great Stafford Sale.” 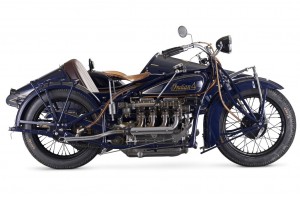