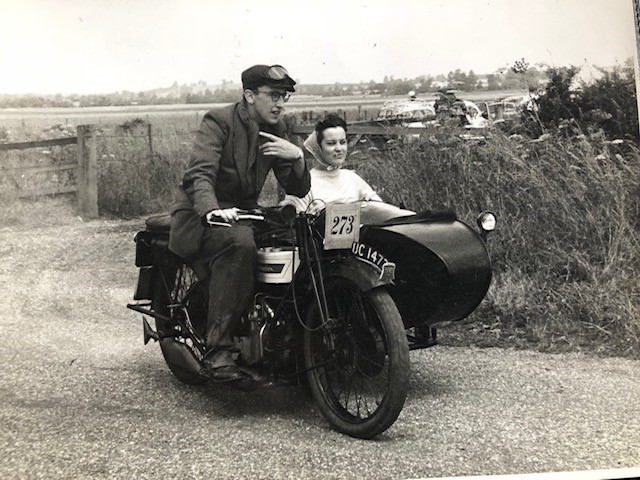 The late Motor Magazine journalist John Anstice-Brown, born in 1934, was a huge enthusiast for the Douglas motorcycle and built a collection. Ten of them are now being sold by H&H Classics on July 30 at the National Motorcycle Museum in Birmingham.

He stored his motorbike collection in his shed in Hitchin, Herts, in various states of disrepair when he tired of biking. After his death the family took them out and discovered that they had a big collection of Douglas models, most not known to still exist according to the Douglas Owners Club machine register.

Mark Bryan of H&H Classics Motorcycle Department, comments: “It is people like John Anstice-Brown who embody the true passion of the Collector. It is thanks to his work on saving Douglas bikes that we are able today to rediscover some machines that had slipped off the radar. This sale provides a golden opportunity to acquire one of these Douglas rarities.”

Some of the notable bikes include some Douglas DT race bikes and a very rare TT replica. All are being sold at ‘No Reserve’.

Douglas was a British motorcycle manufacturer from 1907–1957 based in Kingswood, Bristol, owned by the Douglas family. The marque was especially known for its horizontally opposed twin cylinder engined bikes and as manufacturers of speedway machine. 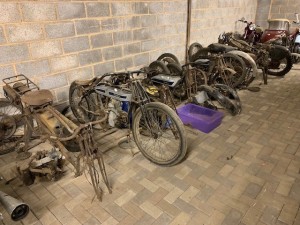 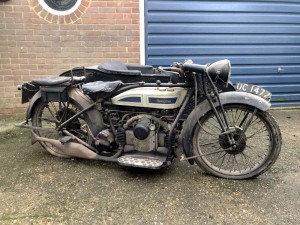 It has been in the same family ownership since mid-1950’s as seen in the old black and white image at the top of the press release.

The engine turns freely with good compression despite the fact that it was last used on the Banbury Run circa 1960! But it will require recommissioning before being returned to road use. It comes complete with a spare engine. 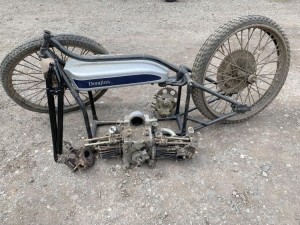 And then there is another challenge, a circa.1929 Douglas DT5 for sale at No Reserve – an iconic Dirt Track machine that comes with reconditioned forks. 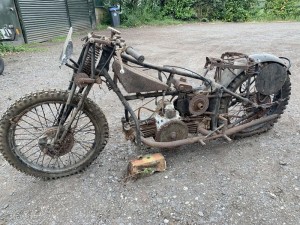 And finally, notable among the ten Douglas bikes in this collection is this very rare bike c.1926 Douglas TT Replica with DT engine and Norton forks. If you are a fan of the Douglas marque, don’t miss this sale!

Classic Bike Magazine at the NMM…
We Are Ready For Goodwood!