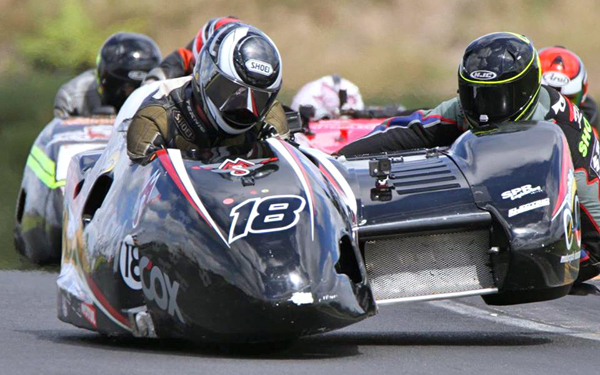 This year’s Isle of Man TT Races fuelled by Monster Energy sees the introduction of the Carl Cox Motorsport sidecar team to the Sure sidecar class.

One of the world’s most recognised DJ’s, Carl Cox is also a complete motorsport fan, an avid collector of iconic motorcycles, and actively participates in track days, ride schools, motorcycle tours and even jumps behind the wheel of his V8 drag cars when he can! 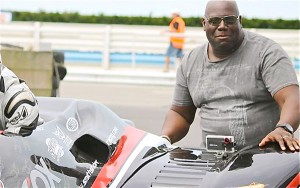 Carl has also become a regular fixture at the MotoGP and WSB meetings and based on his ever-growing involvement within the motorsport community he formed Carl Cox Motorsport with good friend Gavin Sokolich from New Zealand, in order to take on an active role in the race circles with his own teams.

The brand has quickly grown to include an F1/F2 Sidecar team, 2 bikes in the Ducati TriOptions cup (BSB support class), 2 bikes in the post-classic series in Australia, and several drag race cars.

In 2013 experienced NZ Passenger Robbie Shorter and his rider Barry Smith (ex UK GP rider from the 80’s) put together a home-built F1 chassis with a K4 Suzuki gsxr1000 engine and proceeded to win multiple short circuit and road races throughout NZ, when 2014 rolled around they decided to purchase an F1 Windle to see if they could contest the New Zealand Championship.

It was around this time the team was noticed by the newly formed motorsport franchise of Carl Cox Motorsport- Carl was on a motorcycle tour in NZ and had no hesitation in signing them as the first formal team for the brand. The team went on to finish #2 for their first full season racing for the brand. 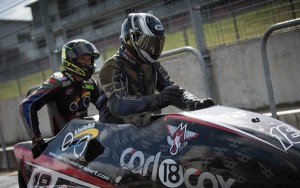 Plans for the TT were made, and they purchased a 2010 BLR/Suzuki chassis that was in the UK- their first time riding the bike was when they picked it up from the old owner, put it in the back of the van, drove to Oschersleben in Germany, and raced in the inaugural F2 World Trophy! The pair had an 8th place finish and then put the bike into a container headed for New Zealand for the team to begin preparation.

Jan 2015 saw the start of the NZ national series, and in a spectacular incident in the very first race of the season, the F1 Windle flipped, resulting in a substantial shoulder injury to rider Barry Smith- unfortunately this meant he would be unable to ride this year’s TT as planned.

A call was made to a retired Kiwi sidecar legend, and rider Colin Buckley agreed to hop on a sidecar after a 12 year break to finish the NZ series with Carl Cox Motorsport, and also return to the Island for his fourth time at the TT, having previously raced in 1996, ’97 and ’98, gaining several bronze replicas.