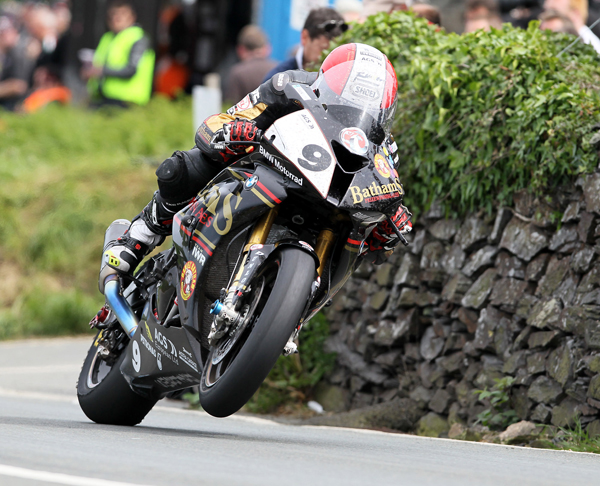 Rutter will be equipped with a full spec superbike and a superstock, both based on the 2015 BMW S1000RR. To complete the team Penzkofer has resigned Stephen Thompson and Dan Kruger to represent the Penz13.com Bathams by BMW Motorrad outfit at the TT Races as well as the other international road races. Both have already raced for the team at the Macau Motorcycle Grand Prix in November 2014.

The popular midlands based rider caught up with his new team in a recent test at Almeira in Spain, where they tested the latest BMW machinery BMW S1000RR superbikes for the upcoming season.  Rutter tested alongside the team’s FIM World Endurance riders Markus Reiterberger, Bastien Mackels and Pedro Vallcaneras.

Team boss Rico Penzkofer commented:
“It’s great to have such a legend as Michael is on board for this exciting season. I always had tremendous passion for real road racing, having raced at various meetings during my own professional career. We have only for meetings in the WEC that fortunately does not clash with any of the big road racing meetings. So we thought it would be good to level up on the roads too. Michael is obviously a very experienced rider with an incredible race record – 4 TT wins, 17 NW200 Wins and 8 Macau GP victories – I had to get him signed. We are now preparing his personal bikes in our work shop and can’t wait to get going in May”

Michael Rutter commented:
“I am very happy to ride for the team even though it looked a bit like a long shot as the team is based in Germany. Obviously they have the best bikes available for this job and I am pretty confident that we can put the things together the way I need them and being competitive. I am not finished yet – especially not with the North West and Macau where I would like to add on another win even though the competition isn’t getting any easier.”

He continued:
“The TT is a bit of different story but I am looking forward to go around the Mountain course with the bikes I will have and the team behind me – I am targeting Top 6 finishes. There is still a lot of work to do at all ends for the team and myself. But I can fully focus on the job now after everything has been sorted.”