SUMMER has come and passed…however, in the world of classic motorcycling it can only mean one thing – Stafford Classic Bike Show is just around the corner!

After a tough 18 months, show organiser Mortons Media Group shares its top five reasons why you need to be there!

Nineteen time TT winner Michael Dunlop is set to take centre stage during the course of the weekend, with opportunities for fans to take photographs, have Michael sign their merchandise and listen to interviews with fellow TT star Steve Plater. The Irishman will also be bringing two of his bikes to display on both Saturday and Sunday. 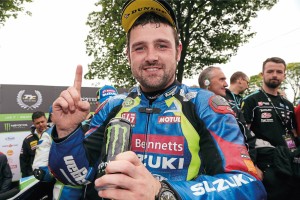 The Dunlop dynasty presence continues out into the halls with a fantastic display of machines ridden and owned by Michael’s late uncle and TT record holder, Joey.

The Joey Dunlop Foundation will be filling its stand with an incredible collection of Honda RC45s; including the original Honda 750 as ridden by Joey in the 1994 TT, where he achieved third place in both the Senior race and Formula 1 race. The charity, which was established in 2001, is also planning to bring the lap record-holding 1999 Jim Moodie Honda RC45 750, which he famously rode at 124.5mph!

Visitors can also expect to see a further collection of RC45s and CBR 600s as ridden by Ian Simpson, Michael Rutter and Steve Hislop in the Competition Hall. 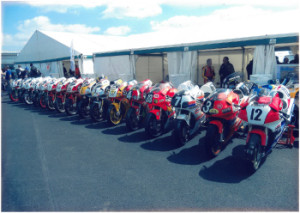 The Phil Morris Road Racing Collection of 24 machines is offered direct from the collection in Oswestry: a treasure trove – and one of the world’s largest collections – of motorcycles, leathers and trophies raced, worn and won by some of the most famous names on two wheels and dubbed ‘The Church’ by TT rider Rob Barber.

This landmark collection is led by no fewer than five MotoGP machines, the entire fleet from the Paul Bird Motorsport team which campaigned in the top-flight series from 2012 to 2014. All Aprilia machines, three are to full Moto GP prototype specification and include the number 1 and number 2 motorcycles from the 2014 season.

Known for his work for Süddeutsche Zeitung as a film critic and essayist, Schifferle, who died last year, was also a motorcycle connoisseur, building up his collection over two decades.

Offering a range of motorcycles from sports bikes to café racers, the collection represents the great Italian, British and American marques, including MV Agusta, Vincent and Indian.

More than 130 lots of motorcycle spares and memorabilia will also be offered. 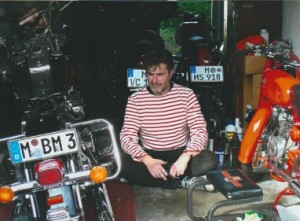 The show is making full use of the bandstand this year. As well as using it for interviewing Michael Dunlop, visitors can enjoy multiple sets from a couple of  live bands in there too!

Catch Ignition live on Saturday for three half-hour sets at 11.30am, 12.30pm and 1.30pm. Ignition is a Staffordshire-based Rockabilly band aiming to replicate the Neo Rockabilly sound of the 1980s. It offers high tempo, hard hitting rock ‘n’ roll with a mix of classics from the 1950s through to the present day.

On Sunday, visitors can expect something completely different!  The all-singing, all-dancing female close harmony duo The Daisy Belles will be recapturing the authentic sounds of The Andrews Sisters, live on the stage at 11.30am, 12.30pm and 1.30pm.

Showcasing a delightful mix of classic hits from the bygone years and popular modern songs with a unique twist, the girls have been dazzling audiences internationally with their intricate harmonies, cute vintage choreography and fun loving flare! 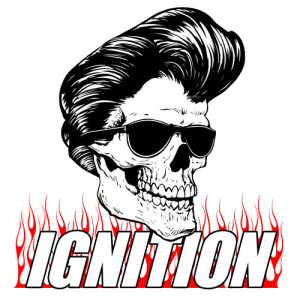 Saving the best ‘til last – Stafford really is all about the bikes… and this October promises to be no exception.

Lots of the clubs in particular will be celebrating some of their milestone anniversaries with an extra special collection on display for all to see.

The CBX Riders’ Club (UK) will be celebrating the 40th Anniversary of the CBX Pro-link, this being the third generation of the fantastic Honda six-cylinder CBX 1000. Honda reconfigured the CBX for 1981 as a sports touring bike, with fairing and side panniers. The rear suspension also changed from dual to mono shock, and saw the introduction of the progressive linkage system – hence the name Pro-Link! Visitors can find the club in one of the side halls at the show. 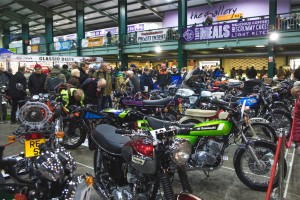 Plans are in place for a full return of all the much-loved aspects of the show including the wall of death, massive indoor and outdoor trade and autojumble and club stands. There’ll be bikes everywhere, live trials action and live music too, with no planned restrictions in place. More details can be found on the website: www.staffordclassicbikeshows.com

Tickets are on sale now at an early bird price of £13 until October 4. Visit www.staffordclassicbikeshows.com or call 01507 529529 to purchase.