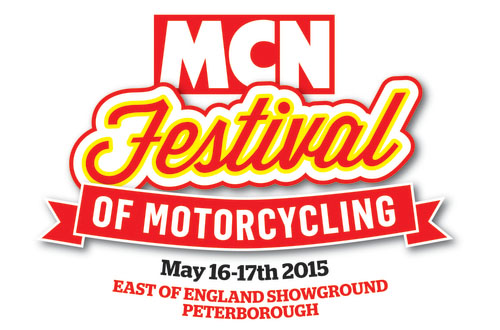 Throughout the 1970s and 80s the Transatlantic Trophy was a spectacular race series that pitted the very best riders in the USA against home grown British talent. The biggest names in the sport were involved from Sheene to Roberts, Haslam to Rainey. In a special tribute to this incredible series the Trophy races will be resurrected at the MCN Festival in a series of spectacular flat track races.

Hugely popular in the USA, flat track racing takes place on speedway ovals with riders hurtling around the track locking handlebars and throwing their machines sideways into the turns. Schwantz says he’s taking the challenge seriously:

“When it comes to the Transatlantic Trophy anything less than victory, and a dominant victory, will be a disappointment”.

The Trophy races will be held twice a day in the speedway arena on both Saturday and Sunday.

Visitors to the Festival will also have an opportunity to take test rides on the latest 2015 bikes, witness a full, official round of the DTRA (Dirt track riders association) championships, see and hear some of motorcycling’s historic race bikes as they are fired up for MCN’s 60th anniversary parade and even ride a piece of history on a classic/vintage machine courtesy of the National Motorcycle Museum. There will even be a chance to try off road riding in the novice zones and adventure park.

The MCN Festival of Motorcycling is at the Peterborough Arena from May 16th – 17th 2015. Tickets cost £25 on the gate, but advance tickets are available for just £19 and there is a special Easter offer from 3-6 April – buy a pair of tickets for just £31.99, saving 36% on the price on the door. Visit mcnfestival.com for details.