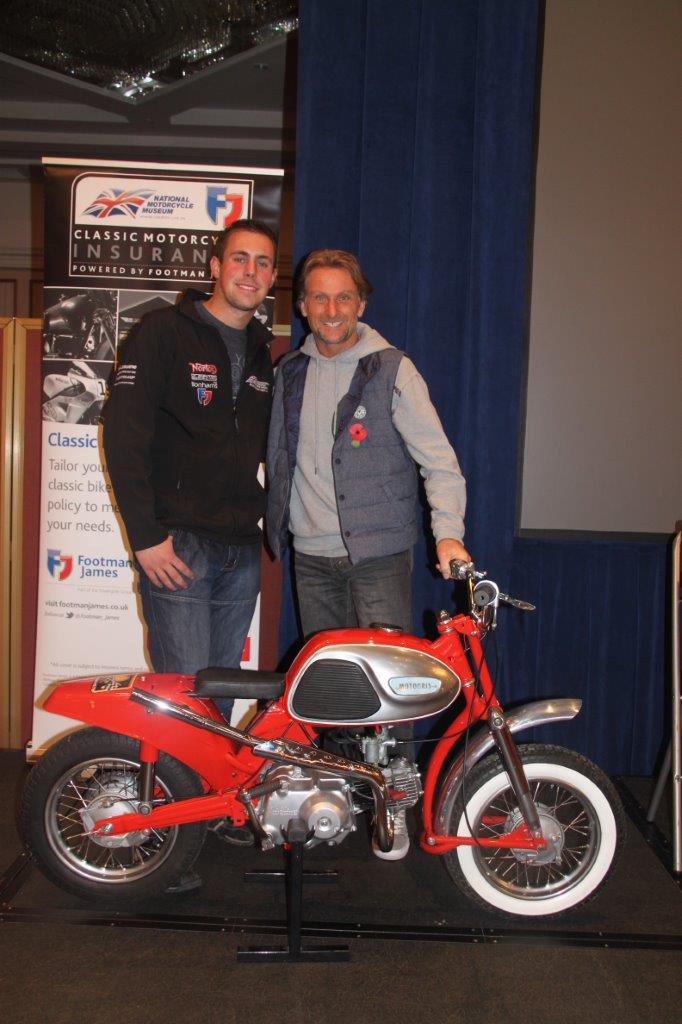 By Lucy Evetts on November 6, 2015 in News, Press Release

Attendees were treated to a range of free attractions and family-friendly activities; featuring free Museum entry, indoor trade displays and a large autojumble there was even the chance to “try a bike” in a controlled off road area.

Highlights of the day included four time World Superbike champion and television personality Carl Fogarty MBE join Jamie Whitham on stage to conduct chat show-style interviews and a live race machine ‘start up’ in two special “stars on stage” features. Held in the museum’s Britannia Suite, the two shows saw TT star Maria Costello MBE & Phil Read MBE join “Foggy” & Whitham for two entertaining hours of chat with the handover of Fogarty’s first bike taking place during the morning session. The little Honda C50 based special was given to Foggy for his 10th Birthday by his dad George. Recently re-united with the bike after nearly 40 years, the machine was restored by Kyle Wall, the museum’s apprentice restorer.

The day culminated with Foggy, Whitham and Read drawing the winning tickets in the museums summer 2015 raffle whose first prize was a “Shadowised” Vincent Rapide motorcycle worth over £40,000.

James Hewing, Museum director of the National Motorcycle Museum stated: “We were genuinely amazed by the size of the crowd attending this year’s Museum Live. The event is fantastic way for us to say thank you to the public for their support over the years and this free open day will now become a permanent feature in our calendar every October”.