By NMM News on October 30, 2018 in News, Press Release
Three desirable motorcycles with race history will be on sale at the H&H Classics auction on November 9th at the National Motorcycle Museum in Birmingham. H&H Classics will be offering a huge range of bikes including these race machines for an estimate of £1.1m.

Estimated to sell for £35,000 to £45,000 (pictured below) 1934 Sunbeam 95R is one of just four bronze head models produced and it is thought to be the only survivor. It is believed to be the factory development machine. Now restored it was displayed at the National Motorcycle Museum in previous years. It is in running order and has run recently.

This race model with Amal TT carb, close ratio gearbox with foot change and Smiths “Soup Plate” speedo is a most historic and collectable machine. 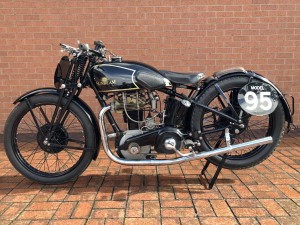 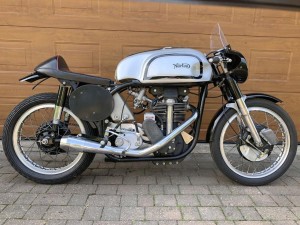 This bike is mostly original and unrestored. It was bought new and entered by legendary tuner Reg Dearden and is believed to have been used by Ralph Rensen in 1960/1961. A Copy of factory record is included. It has recently been running. 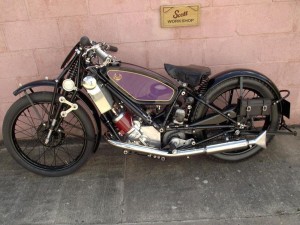 An original machine with correct numbers. This Works machine comes with a complete history file including a list of all previous owners. It still has its original buff log books. It was entered for the 1928 Dutch TT. Fully restored now to show winning condition this important and historic Scott machine was twice a winner at the Scott Owners Club. It is in good running order.