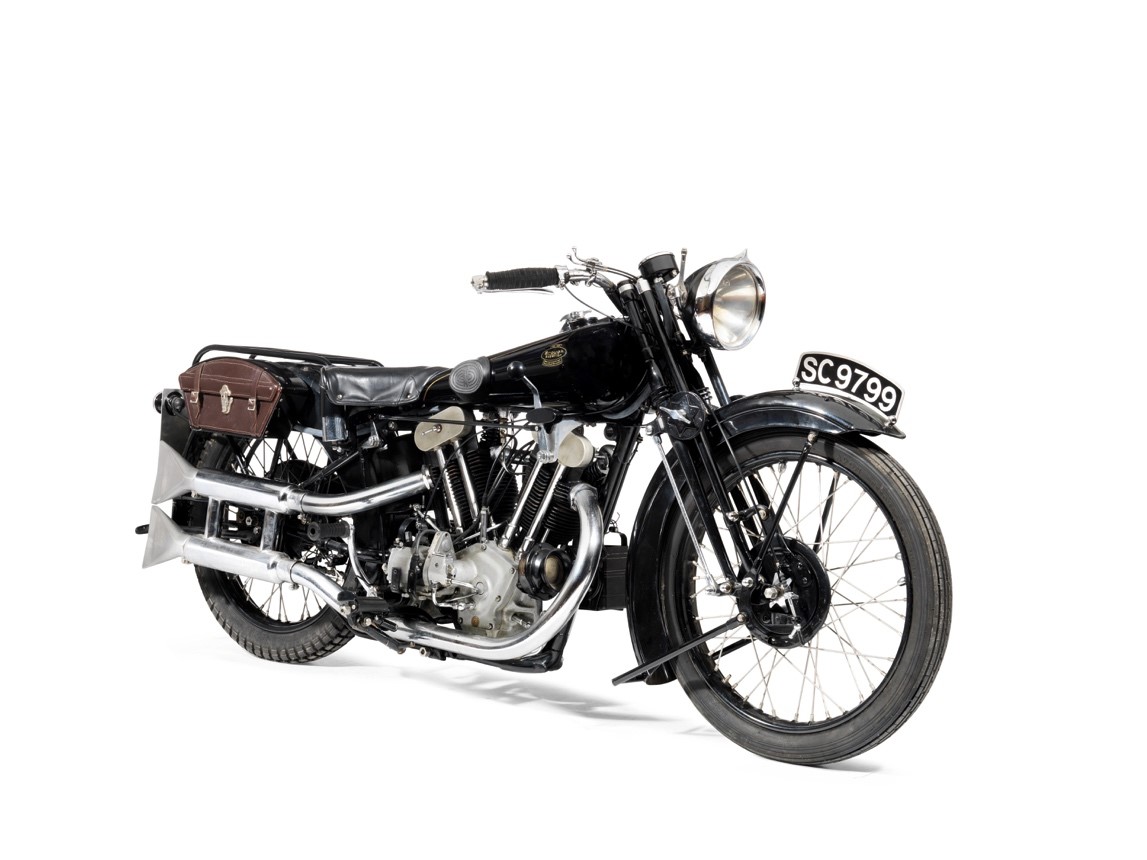 ‘THE ROLLS-ROYCE OF MOTORCYCLES’ TO BE SOLD IN AID OF RNLI, SEARCH AND RESCUE DOG ASSOCIATION AND SALVATION ARMY

The Bonhams Spring Stafford Sale will take place on 22 April at the International Classic MotorCycle Show and will see several fascinating machines with remarkable provenance go under the hammer, celebrating and supporting heroes of the air, land and sea.

Originally owned and raced by one of ‘The Few’ – the fearless Battle of Britain Spitfire pilots – is the 1939 OK-Supreme 350cc Road Racing Special (RRS) (£17,000-22,000). Flight Sergeant Frederick Fenton ‘Freddie’ Vinyard first bought the spectacular machine from Stan Hailwood, father of the legendary Mike Hailwood, nine-time World Champion. Vinyard raced the motorcycle at Donington Park in August 1939 and was called up to the RAF a short while after. During 1940, he used the machine primarily on the roads around his squadron base in North Yorkshire, where his team intercepted German bombers heading for the nearby port of Hull, the second-most bombed city in the UK after London. Tragically, in October 1940, only a month after Freddie registered his bike for road use, he crashed his Spitfire in to the North Sea during a routine tour when he was just 24 years old. His name is recorded on the Roll of Honour in the Battle of Britain Chapel at Westminster Abbey.

Another significant pre-war competition machine in the sale is the 1929 Grindlay-Peerless 498cc Brooklands ‘Hundred Model’ (£45,000-55,000), also known as the ‘Lacey Replica’. Bill Lacey became the first man to cover 100 miles in an hour on British soil in August 1928 aboard a Grindlay-Peerless, and the Coventry factory lost no time in bringing out a replica of his machine to capitalise on sales: the Brooklands ‘Hundred Model’. However, lacking the resources of larger rivals and perhaps over-estimating the demand for such a specialised piece of equipment, they sold no more than five or six machines.

One of only four known to survive, the example offered here was first owned and raced extensively at Brooklands by J D Potts. In the early 1930s, Potts’ ‘Hundred Model’ passed to W C (Cyril) Norris, a young motor engineer employed by motorcycle dealer G L Emery, of Penrhyn Bay, Llandudno. After WW2 the Grindlay was used exclusively on the road until the mid-1950s when it was placed in dry storage. The machine remained in the Norris family’s ownership following Cyril Norris’s death in 2000.

It wouldn’t be a Bonhams motorcycle auction without at least one Brough Superior, and the example consigned is very special indeed. The sale will benefit not one, but three charities: the Royal National Lifeboat Institution, Search and Rescue Dog Association and the Salvation Army. Widely considered to be the ‘Rolls-Royce of Motorcycles,’ this between-the-wars superbike is synonymous with high performance and engineering excellence. The example offered is a 1931 Brough Superior 981cc SS100 (£170,000-220,000) that was originally delivered to the Edinburgh Police in 1931, and saw active service for many years.

James Stensel, Head of Department, commented: ‘We have had the privilege of offering many important Brough Superior’s throughout the years including the legendary Brough’s of Bodmin Moor. However, the sale of this example is particularly important to the department. It is fitting that this machine has seen active service itself, as it will aid the volunteers, staff and dogs of these three organisations who work tirelessly to ensure people’s safety and welfare. We look forward to welcoming bidders to the Spring Stafford Sale (over 200 machines consigned to date) for what is set to be the most exciting auction of the year.

Other highlights of the 200-strong lot sale include: