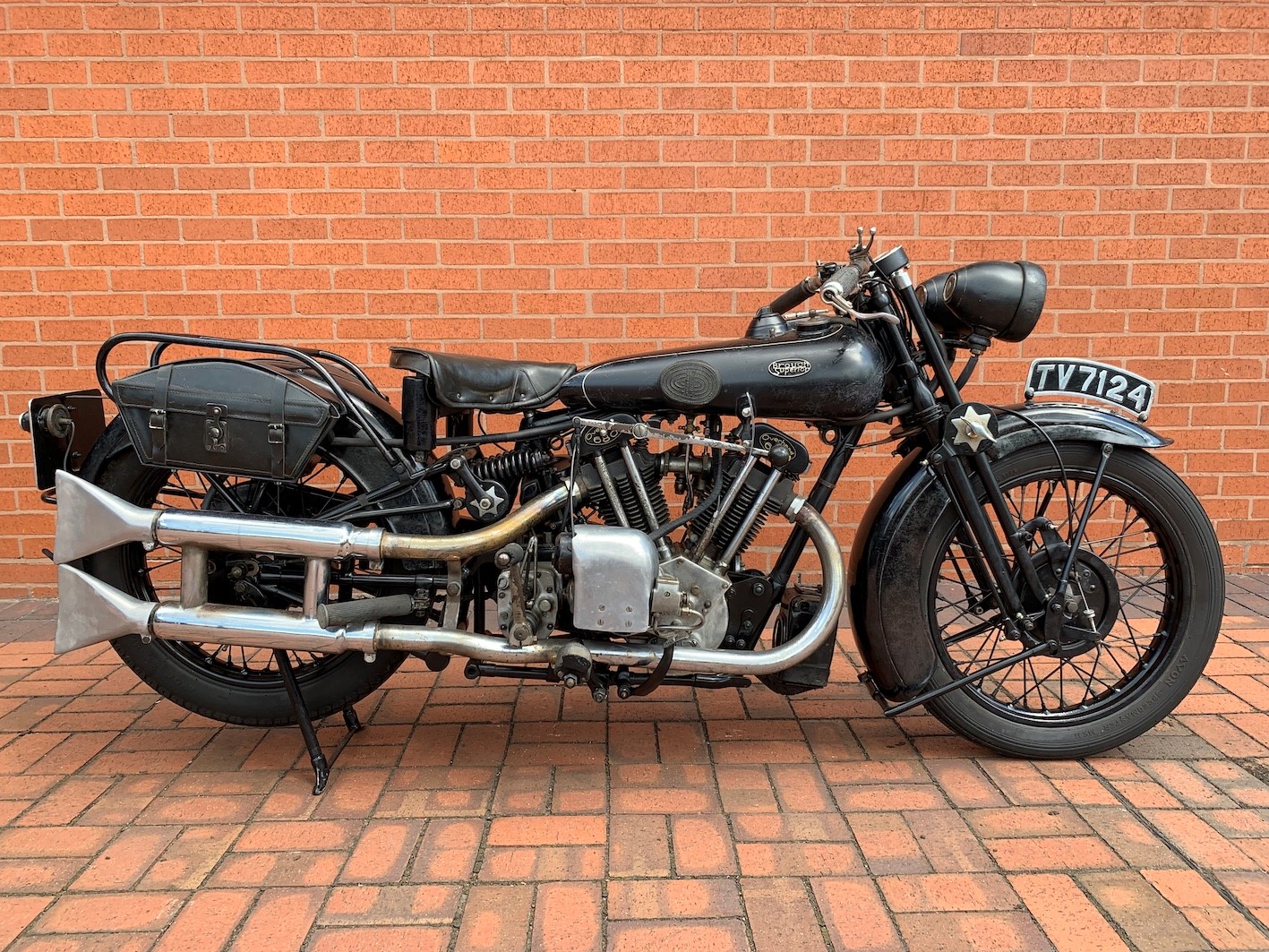 H&H CLASSICS NEXT MOTORBIKE SALE IS ITS BIGGEST YET WITH 312 BIKES FOR AN ESTIMATE OF £1.8M AT THE NATIONAL MOTORCYCLE MUSEUM, BIRMINGHAM ON TUESDAY JULY 30TH.

If you are currently looking to buy a classic motorcycle there is only one place to be on July 30 – the H&H Classics sale at the National Motorcycle Museum which features a huge selection of 312 bikes worth an estimated £1.8 million.

Some 20% of the bikes will be sold with No Reserve. There are also barn find collections and restored classics dating from WW1 to 2016. Approximately a third of the bikes for sale are Japanese so there is something for everyone. The auction starts at 12.00 on Tues 30th July.

Mark Bryan of H&H Classics Motorcycle Department says: “Here at H&H we are going from strength to strength, the Museum sale is proving to be a popular choice for people selling their bikes but also for the buyers. I think it’s because  the Museum offers, good location, fabulous sales rooms, free car parking and a great restaurant, and don’t forget the biggest museum in the world of British bikes! Obviously this all combines to generate good sales results that can be seen with our recent sales percentages and spate of world records.”

Among the many stunning bikes on offer is a 1932 Brough Superior 680 Black Alpine restored to look unrestored for an estimated £150,000. The work to restore this bike cost more than a normal restoration. It is one of only two bikes restored by Simon Miles to retain the patina of age. The trend is increasing to keep the look of bikes original rather than making them appear to be shiny brand new looking restorations. 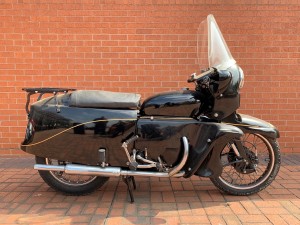 Mark Bryan, says: “The bike is in amazing original condition, showing 58,000 original miles. It comes with the original bill of sale, Vincent guarantee, RF60 buff logbook and factory workshop manual. It is the full package. Coming across one of these bikes in this condition is unusual enough, but the same owner from new is incredibly rare!”

Now a lucky bidder at the H&H sale will be able to write a new chapter in this wonderful machine’s life. 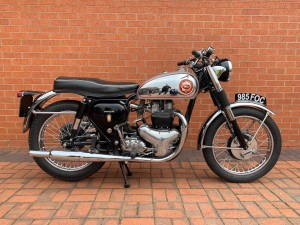 This piece of motorcycling history was built at the BSA factory in Birmingham in January 1962 and was used for the development and evaluation of the Rocket Gold Star.

Copies of the BSA factory despatch records show the bike was first used by “Press Road Test Motorcycle Sport” in Jan 1962, following this the factory replaced the frame. The bike was then used by BSA factory racer Chris Vincent at the TT as his personal transport.

Other despatch entries show Worcester County Constabulary testing the bike for possible Police use and Mr G. Harding (a BSA Dealer) on the Isle of Man. Finally, the factory sold the bike to Aston Autos in Birmingham as a used bike in Dec 1963.

Among the many wonderful bikes to go under the hammer at this next H&H sale are two collections found tucked away in garages and garden sheds after their proud owners passed on.

A Medway Kent based motorbike enthusiast managed to secrete no fewer than 21 motorbikes in his garage, garden shed and cellar, unknown to his family.

After the secret collector’s death, his family were amazed to discover the perfectly documented and hidden treasure trove. The bikes were found under a variety of covers and include,  a BMW with Steib side-car, six 1950s Autocycles that the district nurse would have used around the villages, and his pride and joy – a Velocette Le Vogue motorbike. 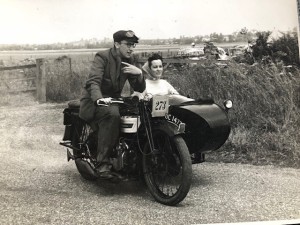 The late Motor Magazine journalist John Anstice-Brown, born in 1934, was a huge enthusiast for the Douglas motorcycle and built a collection. Ten of them are now being sold by H&H Classics on July 30 at the National Motorcycle Museum in Birmingham.