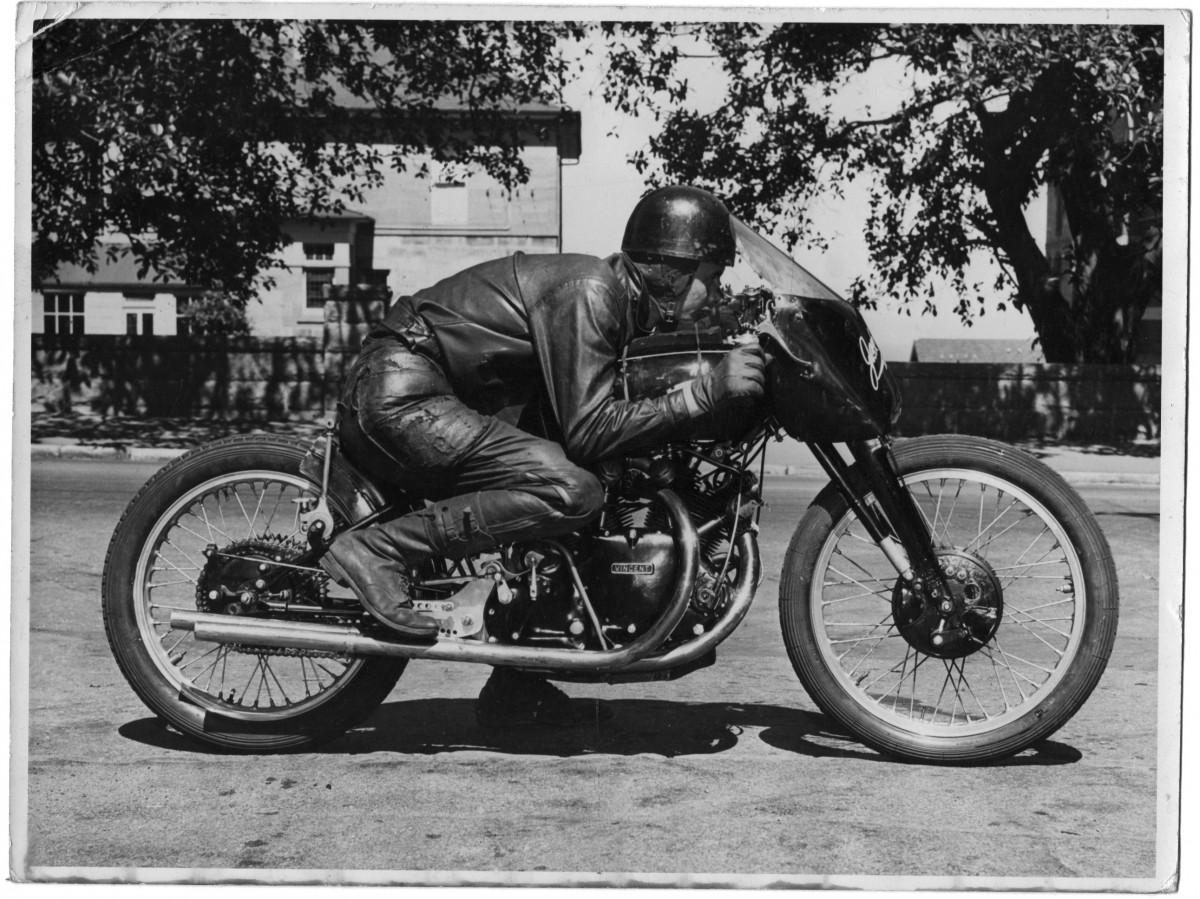 By Raluca Judele on September 6, 2017 in News, Press Release 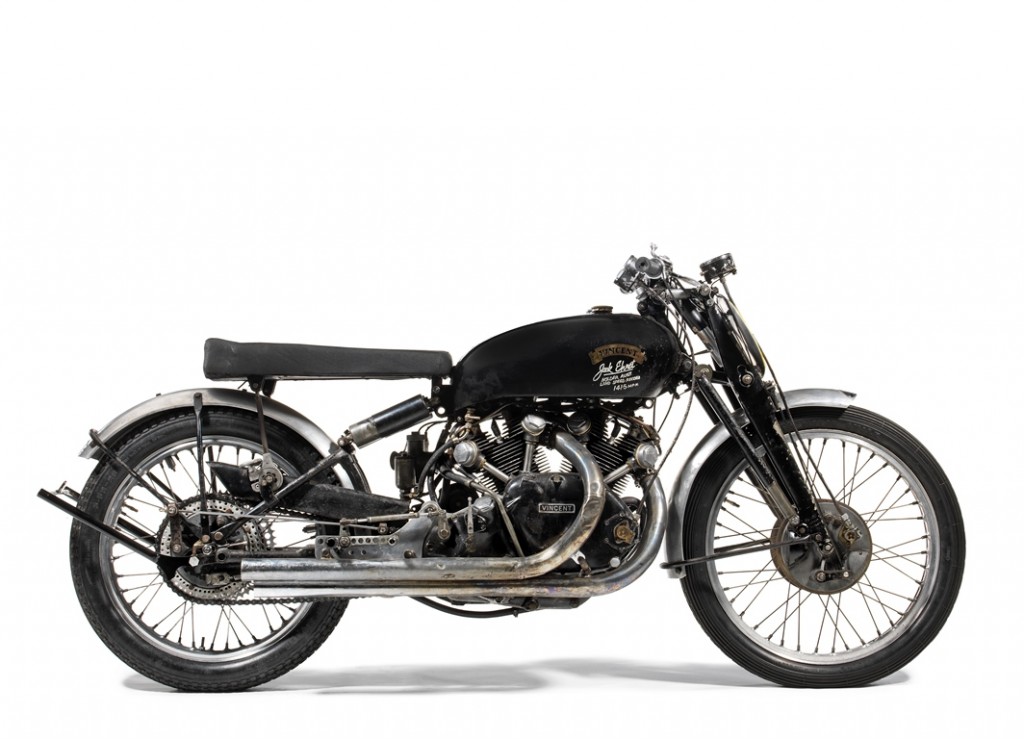 Bonhams is very pleased to announce the consignment of one of the most important Vincent motorcycles in the world – the Australian speed record making and multiple race winning 1951 Vincent Black Lightning owned and ridden by Jack Ehret.

Built by special order and imported new into Australia by Tony McAlpine, the Vincent Black Lightning – number 7305 – is one of just approximately 30 Black Lightning models ever built by the Stevenage, England factory.

At the time of its build, another well-known Vincent nicknamed “Gunga Din” was undergoing work in the factory. Upon completion of both, the two machines were contested at an airfield where it was said that McAlpine’s bike was a clear 30 yards ahead of Gunga Din, and factory records later indicated speeds in excess of 130mph in third gear.

Most important, however, was that in 1953 the McAlpine-ordered motorcycle smashed the existing Australian speed record when Jack Ehret achieved an average speed of 141.5mph. Under the ownership of Ehret, the Black Lightning would also clinch numerous race victories throughout Australia and become renowned around the globe.

“Rollie Free and Marty Dickerson, both legends in the Vincent universe, knew of this motorcycle and Ehret’s acclaim,” says Ben Walker, Bonhams Head of Motorcycling. “After the ‘Bathing Suit Bike’ ridden by Free, the Ehret bike is likely the most important Black Lightning in existence and represents an exceptional opportunity to acquire one of the world’s most desirable machines.”

In original, unrestored and running condition – recommissioned by none other than Vincent master Patrick Godet, this tremendously important and rare Black Lightning that was in Ehret’s ownership for nearly 50 years will be auctioned in January. It is to lead Bonhams’ famous annual Las Vegas motorcycle sale, for which consignments are now invited.

Owners interested in consigning special motorcycles of all makes and vintages to the Thursday, January 25th auction at the Rio Hotel & Casino may contact:

THUNDERCATS @ THE MUSEUM.
The Carole Nash Classic Mechanics Show gears up for another huge turnout.