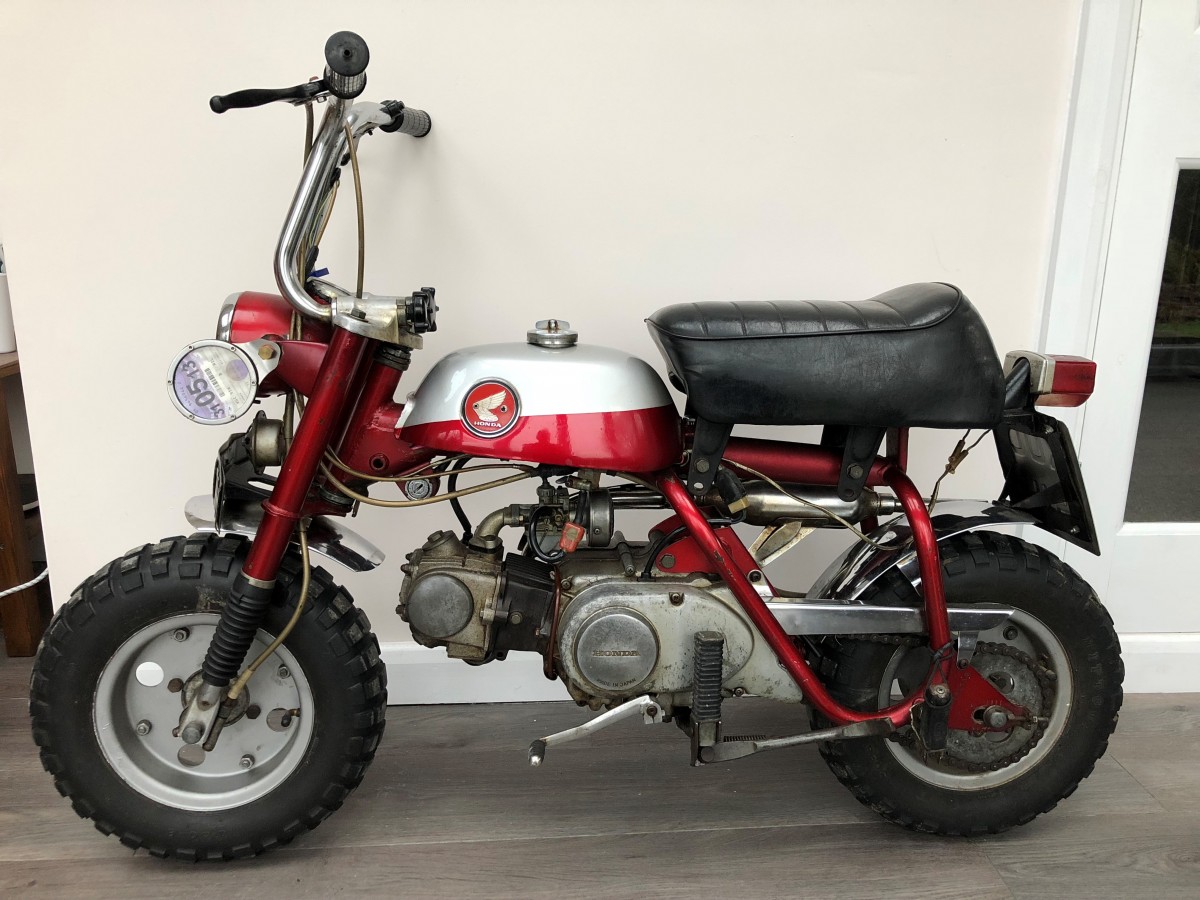 By Jack Jobling on January 5, 2018 in News, Press Release

Once in a while a motorcycle comes to market that is guaranteed to create huge excitement – the John Lennon Monkey-Trail bike XUC 91H for sale with H&H Classics is just such a machine.

John Lennon used the bike as a fun way of getting around his Tittenhurst Park estate in Surrey, where he lived from 1969 to 1971. H&H Classics say that the bike is estimated to sell for £30,000 plus.

Mark Bryan, Head of Sales for H&H Classics Motorcycle Department, says: “Naturally we are thrilled to be entrusted with the marketing and sale of this bike, given its extraordinary provenance.”

The Honda Monkey/Trail Bike XUC 91H was acquired by John Harington from Henry Graham, of Hook Hampshire, who at the time was owner of a business in Farnborough Hampshire – Motor Cycle City in around 1971.

Henry Graham said that he had bought the motorbike from John Lennon, who was living at the time at Tittenhurst Park in Sunningdale, near Ascot Berkshire.

John Harington, the current vendor, has kept the bike for the past 47 years, since buying it from Mr Graham and has displayed it at various events and shows throughout that time.

PRODUCT INFORMATION ON THE HONDA Z50A

The Honda Z50A was introduced into the UK market 1969 where it was also known as the Mini Trail. Mini Trail had the same basic frame as the earlier model, but with front suspension and 8 inch wheels.

This mini bike’s power plant is the familiar 49-cc four-stroke engine that has powered a variety of Honda trail and street machinery.

In its Z50A configuration, it develops 1.95 bhp at the rear wheel at 5000 rpm. This engine is coupled to a three-speed transmission, which is driven through the Honda automatic centrifugal clutch.

Gear changes are made simply by rolling off throttle and tip-toeing the left foot lever down for an up change. The handlebar clutch lever is eliminated. Final drive is through single chain and sprocket.

Engine and gearbox unit castings are glossy smooth in finish. The cylinder head and cam cover are cast in aluminium alloy. The cylinder barrel is of grey cast iron.

Front suspension consists of a pair of fairly spongy springs, in a telescopic fork.

Folding handlebars, a fuel tank air vent stopper, a positive fuel shut-off valve and carburettor float bowl drain are the Z50A’s concession to the fold-and-stow-it concept presented by Bennelli and Tecnomoto Junior in 1968.

Unfortunately, even folded the Z50A still weighed at 108 pounds dry, 115 pounds wet. At 115 lbs it is too much to raise to the lift over height of a station wagon tailgate, too much to press into the baggage compartment of a Cessna 172, or a bit too much to carry up the gangway of a power cruiser.

In performance the engine and gearing offered a top speed of something approaching 25 mph in top, and singular climbing ability in first gear.

As with any other mini trail, the Z50 A could be lifted over boulders, paddled through sand and turned in a 50-in. circle, by the simple expedient of grabbing hold of the bike and hefting it around.