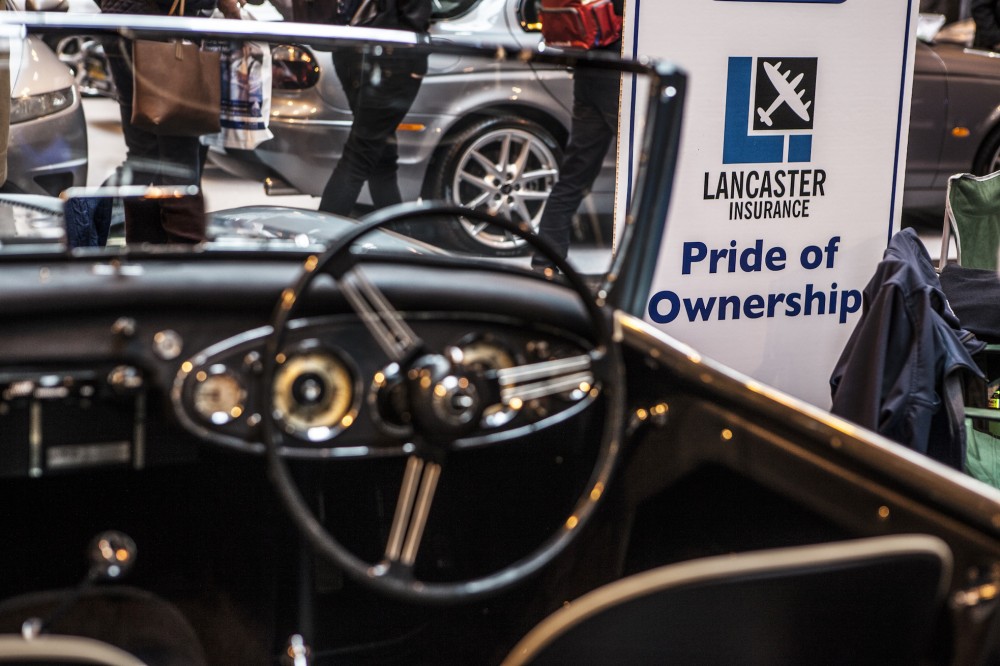 By Raluca Judele on February 8, 2017 in News, Press Release

There is a common theme amongst the first finalists selected for the Lancaster Insurance Pride of Ownership competition – they all have fantastic restoration stories to share. Ideal then that the competition will be held at the Practical Classics Classic Car and Restoration Show at Birmingham’s NEC from Friday 31st March to Sunday 2nd April.

Richard Morley, Divisional Head at Lancaster Insurance, comments: “The calibre of cars being displayed in the Pride of Ownership is always outstanding, and this year is no different. These first entrants show the passion, dedication and skill enthusiasts have for their classics and we’re looking forward to seeing the full line up at the show.”

The first is no stranger to the show as it appeared in the Barn Find display at the 2016 outing. Keith Buckley’s 1952 MG YB was at the start of a complete ‘body-off’ rebuild with a goal of having the restoration complete in time for the 2017 show.

Keith said: “’I found out that it was the first ever YB, and it was previously thought to have been scrapped. Car number 0251 left the factory in November 1951 and during the past four decades, had been garaged in Kent. I did some initial mechanical work to get the engine running but the body was too far gone. Its taken a lot of effort and some real blood, sweat and tears but I’ve reached my goal and can’t wait to show it off.”

David and Dorothy Oxford’s 1957 Rover 105R is believed to be one of only 20 known survivors. Over the past few months, the restoration has taken shape with the interior now being entirely refitted by David, so come show time all will be in place.

Howard Hargate bought the 1971 Hillman Avenger Super 1500 in memory of his late mother and it is already his pride and joy, with just 37,000 genuine miles on the clock.

His love affair with the Avenger started as a 15-year-old apprentice at the local Hillman dealer in Barnsley. He owned five up to the mid 1980s but then moved on to more modern cars due to the arrival of children.

“When my mum died in 2012 she left us a small amount of money and my wife suggested I buy something to remember her by,” explains Howard. “Immediately I knew it would have to be another Avenger. I bought her without seeing her, and although a solid car, the paintwork, wings and rear arches were in poor condition. She underwent a complete engine out repair and respray to get her back to show condition. Part of the family, never for sale, she is a permanent reminder of my mum.”

To the untrained eye, Nathan Mills’ 1976 Ford Escort 1.3 Sport didn’t need much work when he bought it aged just 17 years old. The previous owner had fully restored the car, but Nathan has a sharp eye for detail.

“I replaced all the corroded bolts in the engine bay, as well as removing the overspray from when the engine had been painted,” says Nathan. “By the time it was finished it was better than new.”

The competition will feature 20 classics from a mix of manufacturers and eras selected to be put to the public vote, with the show visitors choosing their favourite ‘Pride and Joy’ and the winner announced on Sunday afternoon.

For more information, as well as all the ticket prices and booking details, visit: