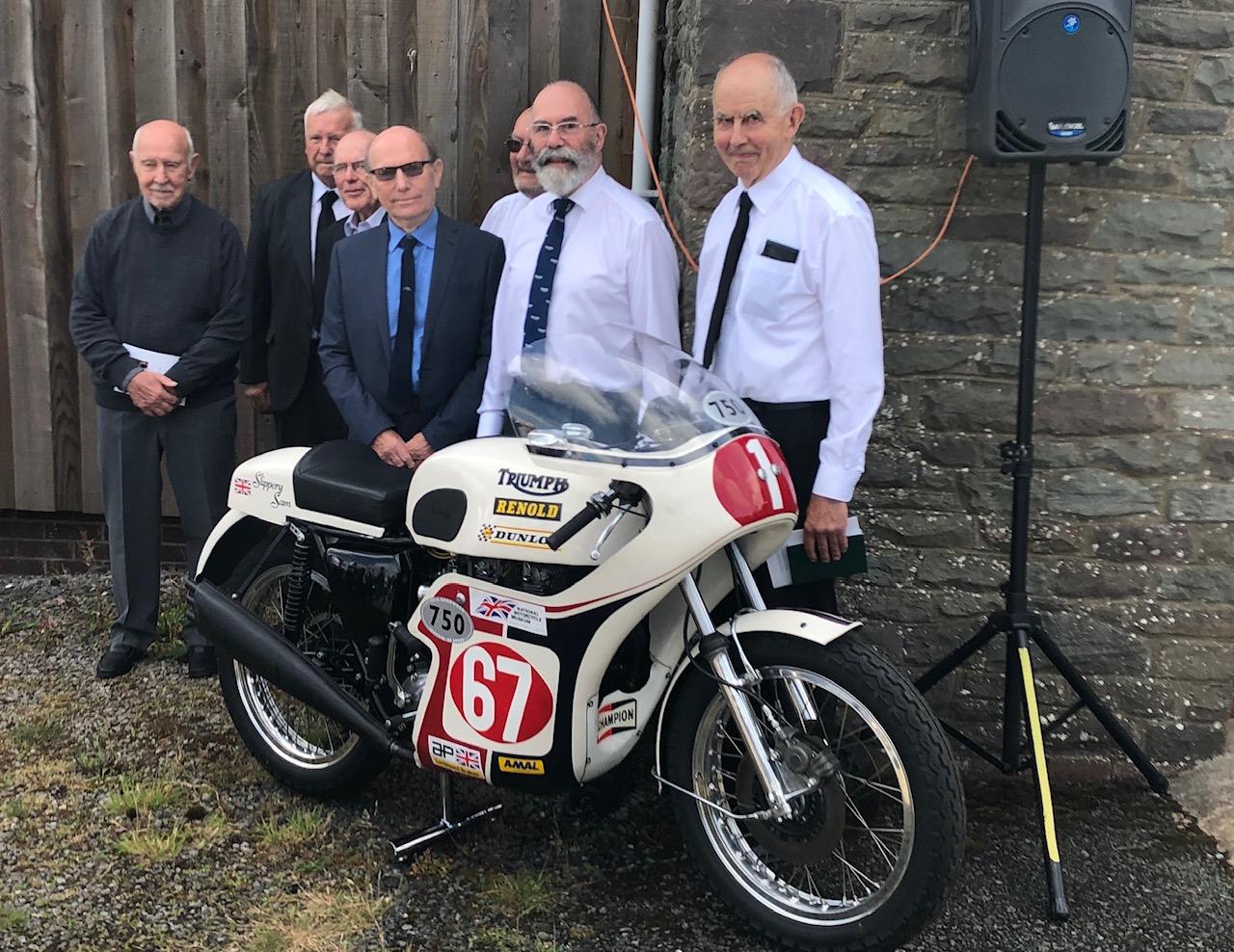 We are sad to report the passing of our great friend Leslie (Les) Williams.

He became chief of the Triumph experimental department at Meriden in the late 1960s and, amongst other achievements, oversaw the huge success of the 3 cylinder race machines.

Les restored many of the Triumph race machines for the museum, bikes on which he had originally worked.

As a tribute to Les, his family asked that we take one of the most famous machines with which he was involved, “Slippery Sam”, to his funeral.

The image shows many of his old colleagues from Meriden at the service including Norman Hyde & John Woodward.