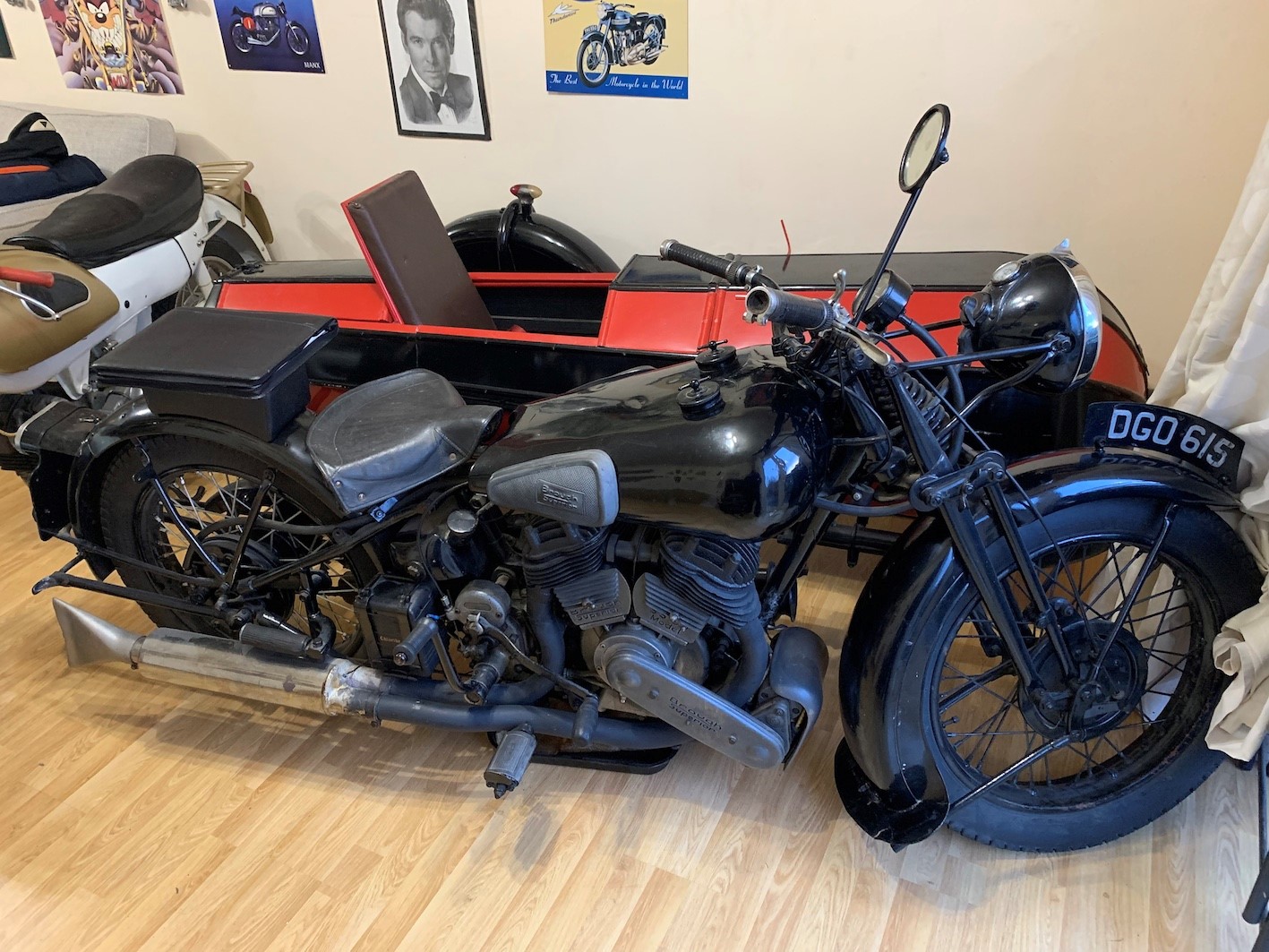 What you might describe as a “lounge-find” rather than a ‘barn-find’, this 1937 Brough Superior SS80 has been living it large in its owner’s home – in the living room – for the past ten years.

The correct numbers bike comes with the original Brough Superior build sheet, period Blacknell side car frame (with home made body) and will be at auction at the National Motorcycle Museum on 2nd March 2019 with an estimate of £40,000 – £60,000 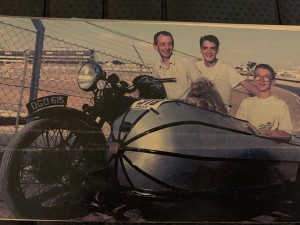 The bike has spent the last 10 years tucked away in the lounge of its late owner Michael Howick, a retired bus driver from London. He restored it to its current form from a box of bits back in the early 1980’s having bought it from his father-in-law, who had bought it for £22 in 1956.

An avid rider, he took part in all sorts of events with the bike, including the Festival of 1000 Bikes at Brands Hatch back in the 1980’s.

Michael had plenty of bikes throughout his biking career, but the Brough has held a special place in his heart (and lounge).

Mark Bryan, Head of Motorcycle Sales at H&H Classics, says: “I am more used to pulling old bikes out of barns and garages and other strange places, so it was rather different coming across this Brough Superior SS80 in its owners living room. But it’s not surprising really given the love and work he put into it and its value today.” 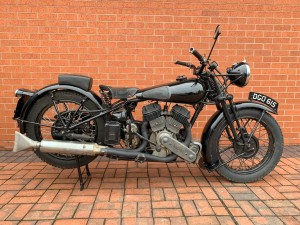