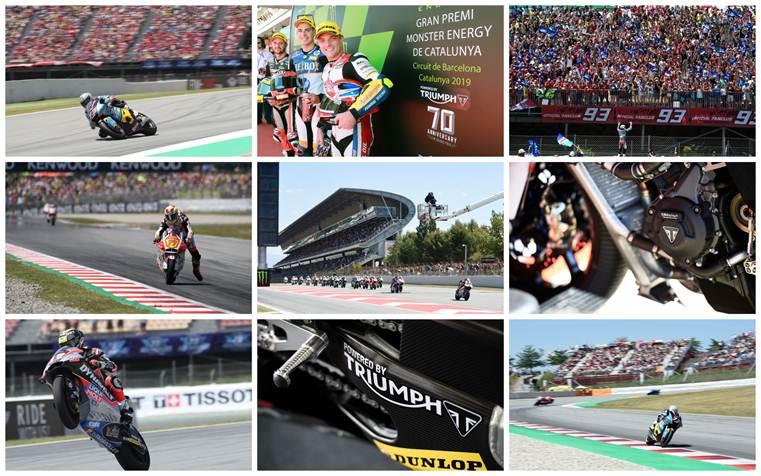 For the first time in his Grand Prix career, Alex Marquez took his third victory in a row with a dominant display on home soil at the Circuit de Barcelona-Catalunya, and he now moves into the lead of the Moto2™ championship.

Further demonstrating just how well the Spanish rider has connected with the greater power and torque of the Triumph 765cc triple engine in his EG 0,0 Marc VDS Kalex machine, Marquez also set a new Moto2™ race lap record at the iconic track. After seven rounds of Triumph powering the 2019 season, a new record has been set at every single race; a combination of fastest lap, top speed or race time, or a full sweep of records.

The racing in the Moto2™ class was as close as ever all weekend, starting with a remarkable free practice 1 in which the top eight riders were separated by under 0.3 seconds. By free practice 3 on Saturday morning the top 22 were all within one second, and at the end of qualifying, just 0.1 seconds separated the top six riders.

The closeness of competition this year makes it all the more impressive that Marquez has now won three in a row, and that he did so in such dominant fashion, leading home Thomas Luthi by 1.9 seconds with Jorge Navarro a further 0.6 seconds back. Previous championship leader Lorenzo Baldassarri, who has also taken three victories this season, crashed out with 16 of the 22 laps to run at the tricky turn ten, which also claimed many others during the weekend. In doing so he relinquished his championship lead for the first time this season and now lies fourth, behind Marquez, Luthi and Navarro.

Steve Sargent, Triumph’s Chief Product Officer, said: “Congratulations to Alex Marquez on his third consecutive win to become the new championship leader, and also to Augusto Fernandez for taking his first Moto2 pole position on Saturday. It’s great to see new riders at the top of the timesheets as Triumph continues to bring new life and excitement to the Moto2 series. Again this weekend the numbers speak for the performance of our engines; another new lap record and a new Moto2 top speed at the Barcelona circuit. With the exception of the US Grand Prix, the 765cc Triumph triple has now powered Moto2 to a new lap record at every race this season, and in Austin a new lap record was only evasive because of the weather conditions and even then a best Moto2 race time was still set.”

The Triumph Moto2™ 765cc race engine is a development of the class-leading Street Triple RS 765cc road motorcycle and produces more than 140ps and the same visceral soundtrack.

Next up for the Moto2™ series is a back-to-back pairing of races with the TT Assen, Netherlands on 30 June followed by the German Grand Prix on 7 July. 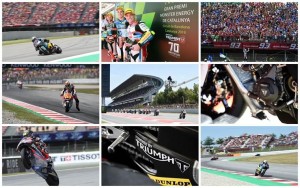