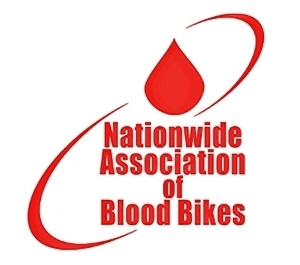 On 12th June 2016 at the Nationwide Motorcycle Museum in Birmingham, a unique new partnership between Yamaha Motorcycles and the Nationwide Association of Blood Bikes (NABB) will be launched.

At the meeting, a new fleet of Yamaha FJR 1300 Motorcycles will be officially put into service. The bikes, which will see action first with the Oxon, Bucks, Berks and Northants Group and with the Midlands Blood Rider organisations before being rolled out across the country, are the first to be officially approved by a major manufacturer, Yamaha, who also provide the machinery which propelled Jorge Lorenzo and Valentino Rossi to first and second places in the 2015 MotoGP world championship.

Woodway Engineering and Yamaha Motor Europe NV Branch UK, have been working alongside the NABB in designing and developing a machine suitable for the NHS applications of out of hours blood product delivery. The Yamaha FJR1300A in Blood Bike specification has completed the Metropolitan Police Service handling and stability test, which is acknowledged to be the benchmark for professional users and is now consequently the first machine to have been tested and approved for NABB groups.

John Stepney, Chair of the Nationwide Blood Bikes Association, said “The completion of this testing for the Yamaha FJR1300 is a first for the blood bike industry and marks a significant milestone in the development of our service. However, it is just one of several governance and control processes adopted over the last few years by NABB and its member groups. The quality of the volunteer Blood Bike service has undoubtedly enhanced by engaging with the relevant external agencies and these governance and control processes underpin the professional level of service delivered free of charge to the NHS.”

There are 34 local blood rider groups across the UK all of whom are charitable organisations which use local volunteers to deliver blood and essential medical supplies, out of hours, between hospitals, healthcare sites and laboratories. In critical situations, blood or other supplies are needed to save patient lives and Blood Bikes with their distinctive livery, emergency lights and narrow profile can get to their destination quicker. Between them, the Blood Rider groups ride hundreds of thousands of miles a year and complete thousands of jobs, all on a voluntary basis. All the NABB Member groups will be present on the 12th June.

Alistair Borland, Fleet Technical Officer for NABB said, “The modified FJR 1300 Blood Bike prototype, developed by Yamaha, was fully tested on road and track by the Metropolitan Police to the Home Office approved “Speed and Stability” test process – as required for emergency service vehicles in the UK. It is the very first motorcycle tested and approved in the UK in such a way for use in the Blood Bike role. Yamaha and their contractor, Woodway Engineering, did a fantastic job on the design, development and testing work – it was a real pleasure to work on the project.”

Please direct any questions or requests for further information to: