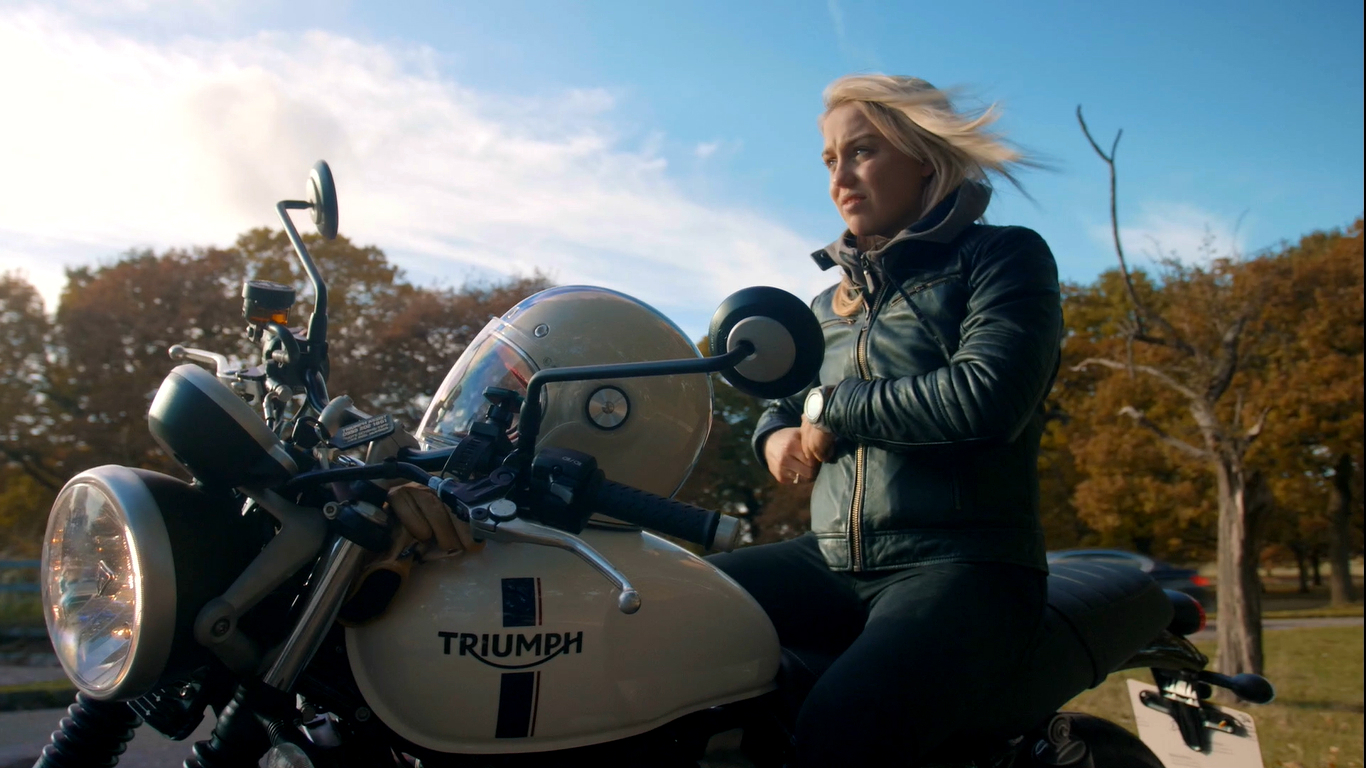 British snowboarder and Olympic athlete Aimee Fuller has partnered with Triumph Motorcycles to reveal the dedicated lifestyle of a successful professional athlete.

In the short insightful video, two-time Olympian and Triumph ambassador Aimee reveals her intense training regime and the focus required to stay at the top of her game and her sport.

In addition to an arduous training programme, Aimee recognises the importance of a healthy mind and uses her Triumph Street Twin to escape the stress of everyday life.

Describing the similarities between two-wheeled riding and being in the mountains, the Olympic snowboarder, said: “To physically just enjoy and ride, it’s the same feeling as when I snowboard. It’s escapism. The first thing I did after Sochi 2014 Olympics was pass my full motorcycle test.

“Going with my dad and grandad to motocross meets in Kent and Sussex was probably what got me hooked! I started racing motocross bikes from the age of 6 until 9 and finished 2nd in the British Champs.

“Since then I’ve done lots of trail riding, some more motocross but mostly spent time on my Triumph Street Twin. I love the way that it looks, rides and makes me feel. It’s absolutely perfect for commuting and to blow away the cobwebs.”

In need of Repair and Maintenance Literature?
Manufacturer’s Original Literature