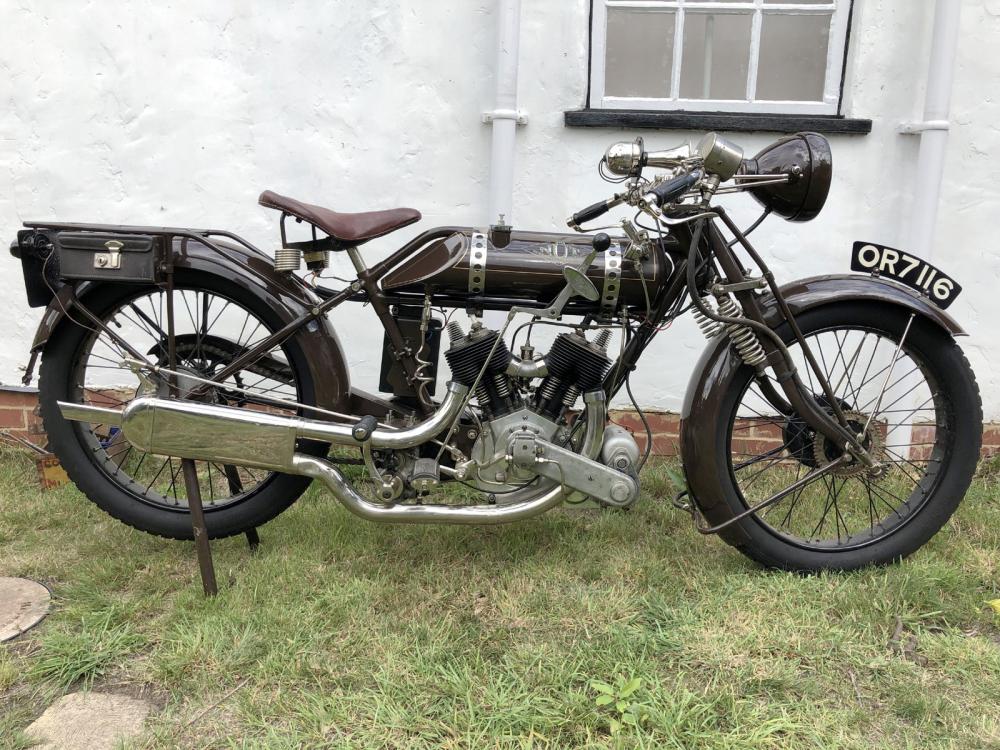 The H&H Classics sale at the National Motorcycle Museum, Birmingham on November 2nd achieved a total of £714,748, and a sell rate of 66%.

A very handsome and desirable 1925 NUT (Newcastle-upon-Tyne) that had been with the vendor for some time and was sold as part of his estate for £28,350. It was restored many years ago to a high standard with little use following this work. It still had its original Hampshire registration and current V5c. The NUT will need recommissioning before use but is an ideal bike for the Banbury and vintage runs.

NUT Motorcycles was a British motorcycle manufacturer founded in Newcastle Upon Tyne in 1912 by Hugh Mason and Jock Hall, who had previously been making motorcycles since 1906 under a badge based on Mason’s initials, HM, and later under the name of Jesmond and Bercley. By 1913 their racing motorcycles were competing successfully in the Isle of Mann TT races and Hugh Mason’s JAP engined NUT motorcycle won the 1913 Junior TT by just 46 seconds. In 1933 the company closed for good.

Top price in the sale was this extremely well-presented Vincent Black Shadow (pictured), despatched to Surtees of Forest Hill London on the 19th November 1951 which sold for £83,250. 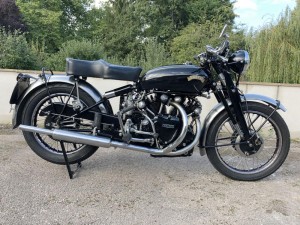 This all-matching numbers Black Shadow was owned by the current vendor since the mid 1980’s. It was purchased by him in a complete, but dismantled state and was sent to Bob Dunn to be restored to concourse condition. Over many years Mr Dunn took on all mechanical and engineering work, and in the process did some subtle upgrades for better handling and riding. It also benefits from 12v electrics.

A current V5c, VOC corresponding paperwork confirming authenticity came with the bike. Copies of the works order form, road test report, engine checklist, completion note and the dispatch record was also part of the deal. Also, on file were a host of receipts from the VOC for components and various work carried out over the years. Complete with tool kit and pump. Since its completion, the seller put a mere 125 miles on the clock. It was fitted with BTH Electronic Ignition and an original Lucas magneto (reconditioned) and various other parts included.

An older restoration this original 1926 Douglas EW bike was in good running order and is eligible for the Banbury Run. A history file was included with old receipts and related paperwork. It made £8,550 in the sale. 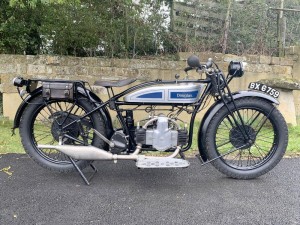 This classic Italian Vespa scooter was bought in Rome by Elliot Kastner, film producer of: Where Eagles Dare, The Blob, Missouri Breaks (with Marlon Brando), Angel Heart and bought over to the UK by him – and used by Marlon Brando as a fun run-around when visiting Kastner. 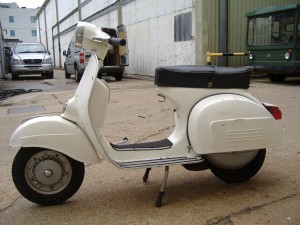 It was sold for £2,700 in its in original unrestored condition, still bearing the original Roman number plate.

Mark Bryan of H&H Classics Motorcycle Department, comments: “This Vespa has impeccable credentials and is something of a find for any Brando fan who also appreciates classic Italian design of this iconic scooter. It is a great mix of bike and film history.”

After being used in Rome during a film shoot the scooter was shipped back to Britain. It was never registered for road use but was ridden at Kastner’s country home Runnymede House, Old Windsor in Berkshire. Dillon Kastner, Elliot’s son, has put in writing – included in the sale – that his father’s good friend Marlon Brando was a regular visitor at Runnymede House and would use the scooter to get about. Brando used to say to Elliot Kastner “Is the bike serviced and ready to go?” The bike was not UK road registered but that didn’t stop Brando venturing out on local roads!