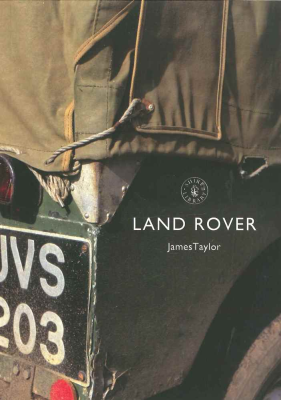 In the aftermath of the World War II, the long established Rover company of Solihull was fighting to survive. It needed a vehicle that would give it an advantage over its rivals. Taking the American Willys Jeep as inspiration, Rover designers came up with a four-wheel drive utility vehicle that would become an all-time classic. The Land Rover has undergone a number of facelifts in its sixty year life, but the vehicle made today is fundamentally very close to the 1948 original.

In 1970 the original Land Rover was joined by the Range Rover, originally conceived as a more comfortable utility vehicle but soon seized upon as the first in a new class of luxury vehicle. The Discovery was built to a similar brief to the original Range Rover, but has stayed closer to its conception, and in more recent times the range has been expanded further by the Freelander and Range Rover Sport SUVs.

This story of Land Rover, written by the foremost historian of the marque, encompasses all the models and divides them according to their use. The distinguished histories of Land Rover on expedition, in agriculture, warfare, and in many other fields are told separately, giving a new angle on this popular subject.