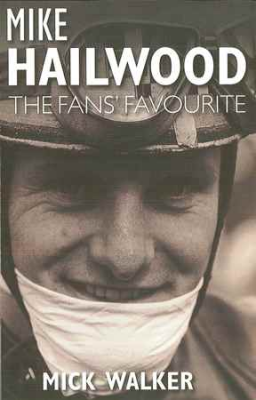 This title is reprinted for 2011 – back due to popular demand. Mick Walker – leading authority on all forms of motorcycle sport – examines the long career of the most popular motorcycle champion of all time in this enthralling biography. Never in the history of motorcycle racing has there been a more popular champion than Mike-the-Bike Hailwood. In this new study, which comes almost 30 years after Mikes untimely death, Mick Walker examines his long career, from his first race, aged 17, at Oulton Park in April 1957, to his final race at Mallory Park in June 1979. In the course of his competitive career Mike rode in more races than any other rider, and he could ride any bike. In his time he straddled everything from a 49cc Itom single-cylinder two-stroke to a 1000cc Dunstall-Suzuki GS1000 four-cylinder superbike. He could switch capacity sizes and makes at the same meeting on the same day and give breathtaking winning performances regardless. Among his many achievements he could count 12 TT victories, 10 World titles and 76 Grand Prix victories. Mikes larger-than-life father Stan, a multi-millionaire who could ensure his son always had access to the best bikes, put Mike on the path to success, but it soon became clear that Mike had more than enough talent to hold his own at the highest level. A modest, even shy man, never motivated by money or glamour, he shied away from the massive publicity he attracted. Mick Walkers book describes Mikes long and varied career, concentrating on the racing years and the motorcycles, but also considering the influence of his father and his life away from the track. A full race-by-race record appears at the end of the book.