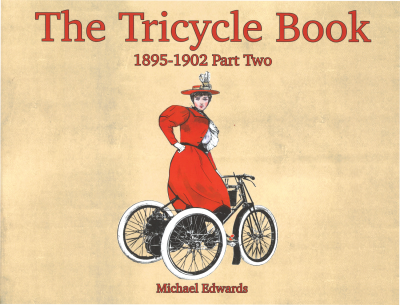 Over several decades of the mid-19th century, British engineers had built a national rail network and exported their skills throughout the world. Some years later British cycle manufacturers fuelled the bicycle boom that engulfed the country, established a global reputation for their brands, and generated fortunes for themselves in the process. Historical precedent surely dictated that the arrival of the internal combustion engine would offer fresh opportunities for the nation’s entrepreneurs and engineers.

A great deal of energy and investment was expended on the creation of a motoring monopoly and essential licences were purchased to expedite the process. The journey towards full motor production was a tumultuous one, in part due to obsolete speed restrictions on public highways, the existence of hostile vested interests, and the approach of the early entrepreneurs. Some highly successful cycle companies, who were at the forefront of early motor vehicle production, were brought to the brink of bankruptcy by the activities of company promoters; shareholders had their hopes of profits dashed repeatedly, and the scepticism of the investment community regarding motoring companies lingered for the best part of a generation.

After a faltering start, motor tricycle and quadricycle production began in earnest in 1899, achieved some success in 1900, and was largely over by the end of 1901 as motor cycles and cars replaced them. The production time was short, but the quality of some of the machines, such as Ariel and Humber, was unrivalled anywhere in Europe. The British story of early motor vehicle development deserves its own space, if only to recognise those individuals who throughout the latter part of the 19th century continued to develop their own ideas in the face of considerable obstacles.

With more than 100 line drawing and 400 photographs, The Tricycle Book, 1895-1902, Part Two will be of interest to all motoring enthusiasts keen to understand the formative years of the British motor industry, the brands that emerged, and the personalities who shaped the future.