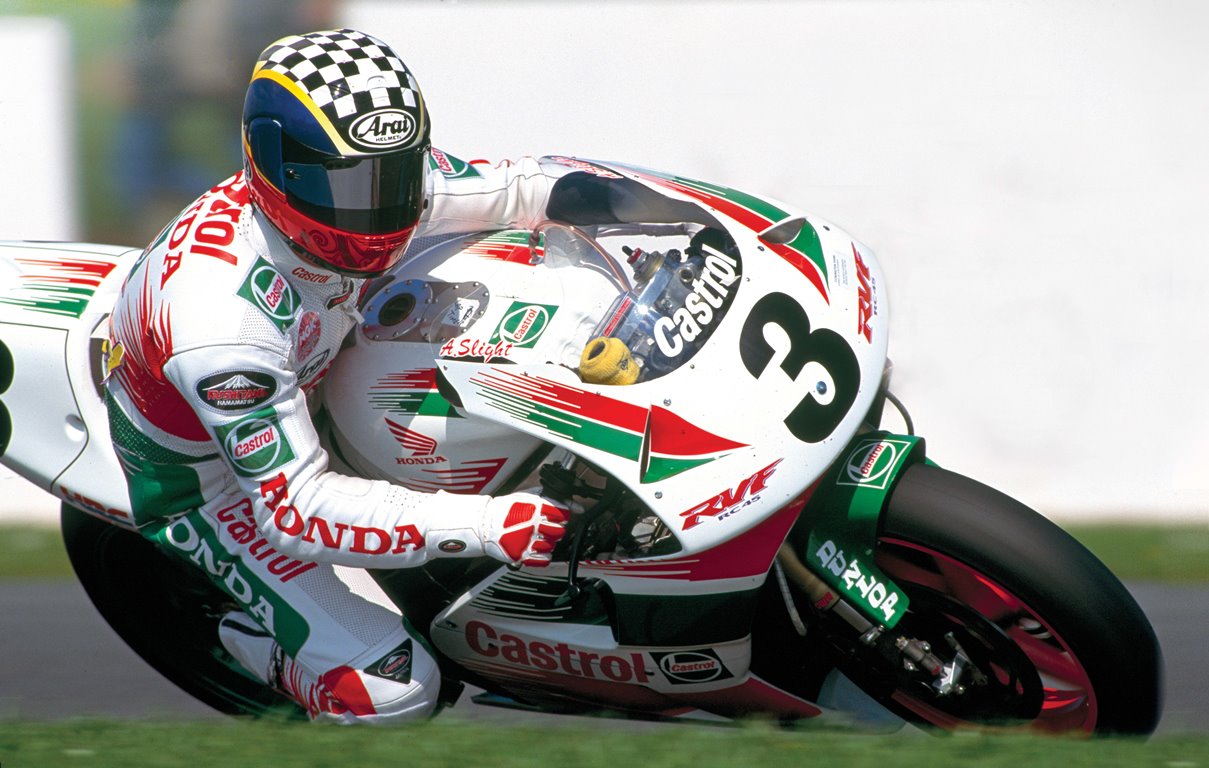 Kiwi Aaron Slight – undoubtedly the best rider never to win the World Superbike title – will be guest of honour at the 24th Carole Nash Classic Mechanics Show over the weekend of October 14-15 at Staffordshire County Showground.

As fast and smooth on the track as he was flamboyant and controversial off it, and often sporting a multi-coloured Mohican haircut, Slight will have some entertaining tales to share with the Stafford audience. And with more than a decade racing in WSB, when the series was arguably at its peak for both factory Kawasaki and Castrol Honda teams, the friendly New Zealander will have plenty of great races to draw from.

The Classic Mechanics Show, the largest show of its kind in the world which majors on the later Japanese and European scene, promises the usual successful mix of almost 1000 trade and autojumble stalls, stunning club stands and private entries, Bonhams record-breaking auction, live entertainment in the Classic Dirt Bike area and Classic Racer Grand Prix Paddock, and the live Restoration Theatre.

Ticket prices are a bargain £12 for adults, £11 for seniors or £3 for under-12s if bought in advance. Parking is free.