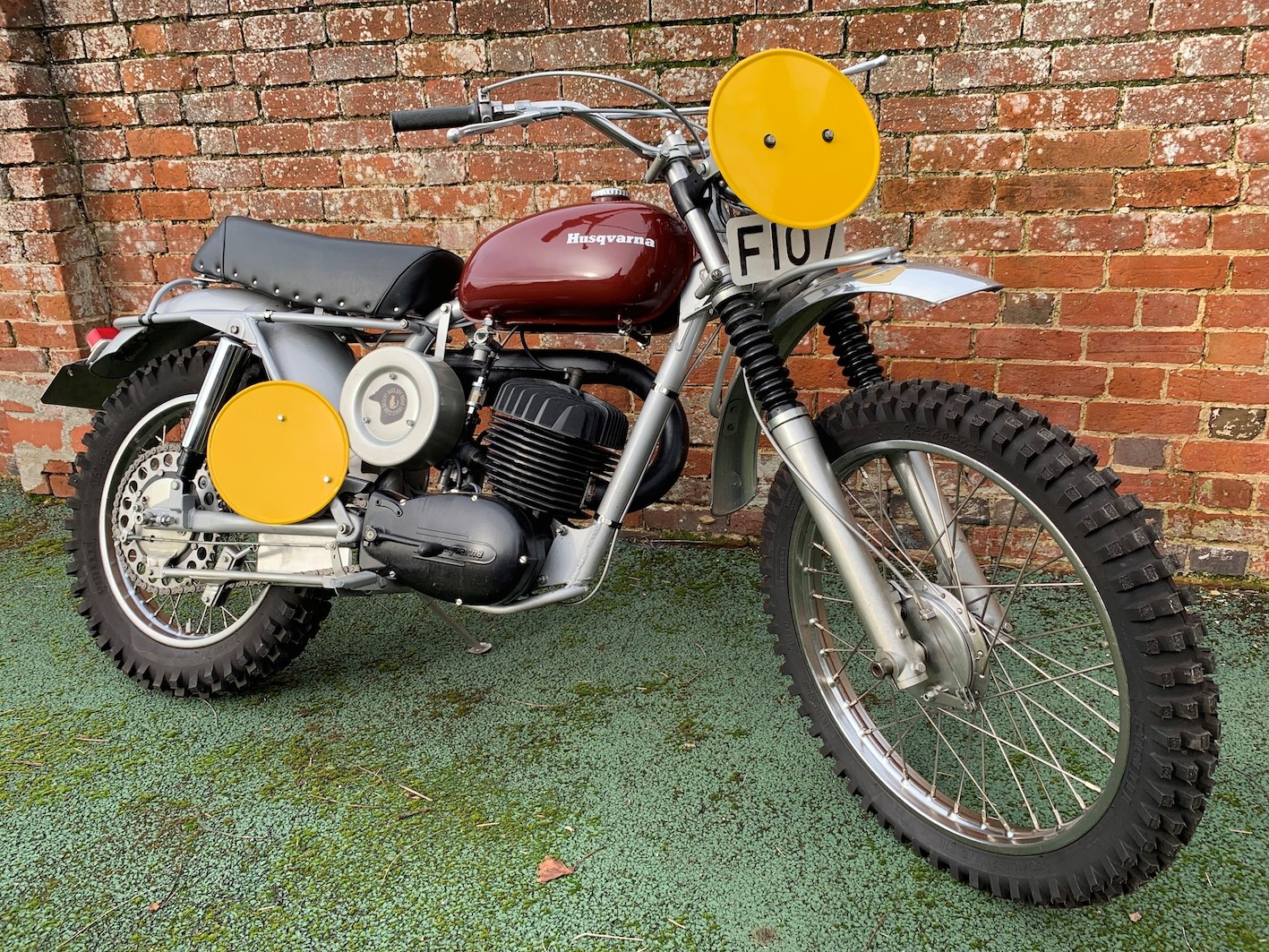 The late Bud Ekins was the Steve McQueen stunt double for The Great Escape film and famously jumped the concentration camp’s wire fence on a Triumph.

Now Bud Ekins ISDT winning bike, a Husqvarna MX360 Viking, is coming up for sale with H&H Classics on March 2nd at the National Motorcycle Museum for an estimate of £10,000 – £15,000. As a piece of bike history its owners powerful film story and star friendships will add to the bike’s value.

The two men, Bud and Steve McQueen were friends and bike buddies, and both feature in the iconic “On Any Sunday” film. James Sherwin “Bud” Ekins was an American professional stuntman in the U.S. film industry who was considered to be one of the film industry’s most accomplished stuntmen with a body of work that includes classic films such as The Great Escape and Bullitt. He was born in 1930 Hollywood and died in LA in 2007 at the age of 77.

It was Bud who introduced Steve McQueen to off road motorcycles. As Bud tells the story, he sort of taught Steve to ride bikes, and when McQueen was offered a part in The Great Escape he persuaded director John Sturgis to use his friend, Bud Ekins, for stunts. Sturgis promised Bud $100.00 a day, including expenses for his work on the film. That was good money then.  A new Triumph 650 would cost $600.00.

Bud rode his Husqvarna MX360 Viking as part of the Team America in the 1967 Polish ISDT (International 6 day trial) at Zakopane. They won and were awarded a gold medal.

The Husqvarna has been verified by Bud Ekins brother Dave Ekins. It has correct numbers bike and has been restored in California to a high standard.

The bike comes complete with lots of provenance, spares and a history file.

Bud picture below, in black jacket third from the left, bike 46 in Team America. 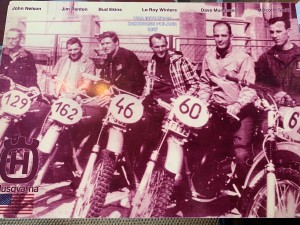 The 360 retailed for $1150 back in 1966. One remaining Viking was restored to out-of-the-crate condition by John Lefevre and was valued at $25,000 and can be seen at the Early Years of Motocross Museum in the USA. Only ten 1966 Husqvarna 360 Vikings were imported to the USA.