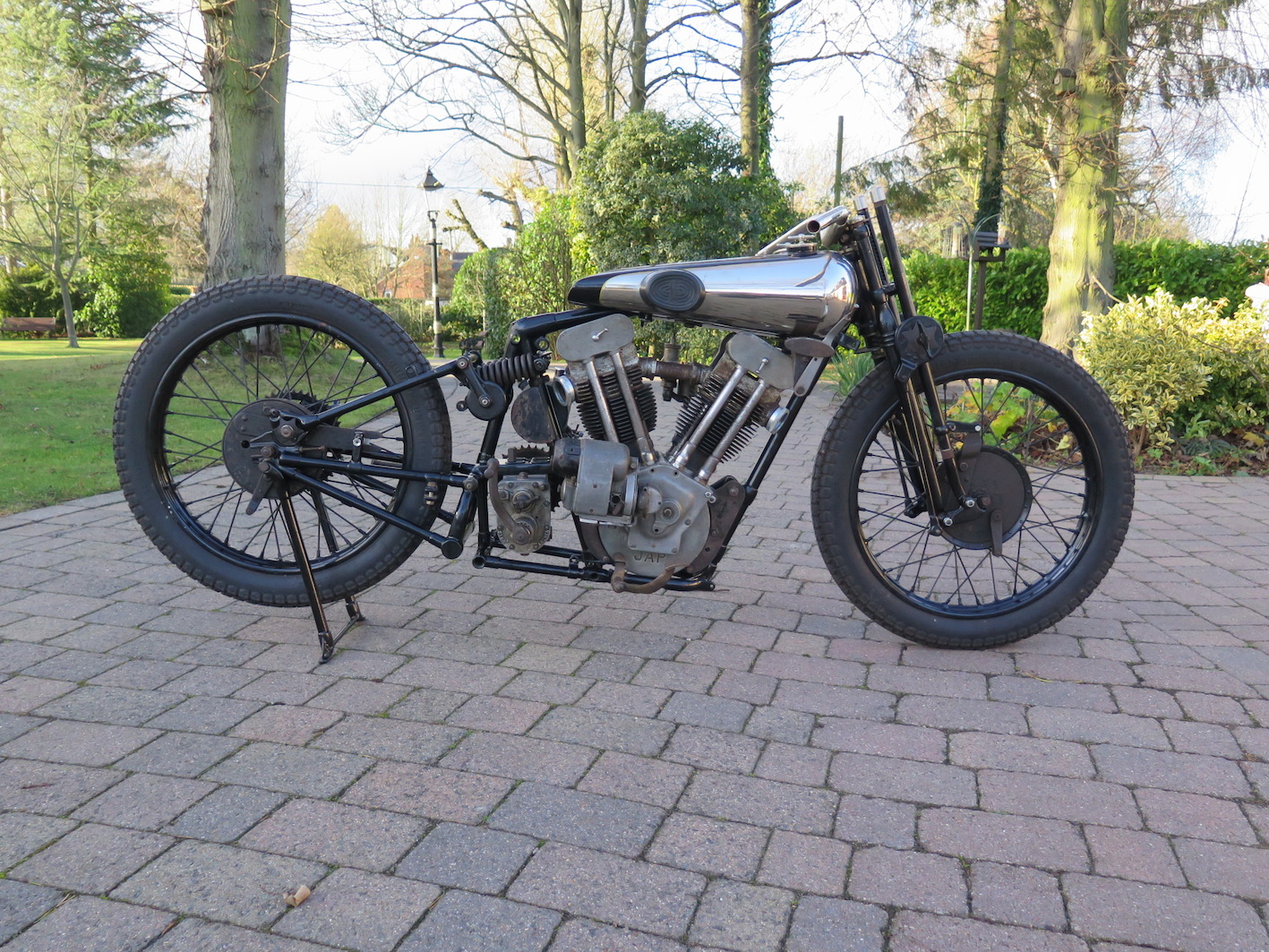 This legendary motorcycle was owned and ridden by FP ‘Gentleman’ Dickson, a famous rider in the 1920’s with successes in most UK rallies and races. It will be sold on March 2nd by H&H Classics at the National Motorcycle Museum for a conservative estimate of £160,000 to £200,000. This matching numbers bike is complete.

In 1930 FP Dickson rode this bike, TV 2001 in the ISDT in Switzerland along with George Brough and Eddy Meyer as the Brough team.

On the first day Dickson crashed heavily, breaking his leg and was taken to hospital in Geneva by car. His teammates decided to retire from the event and follow him to the hospital. On the way George Brough was hit head on by a car being driven on the wrong side of the road. He also sustained a broken leg and later sued the driver for substantial damages. 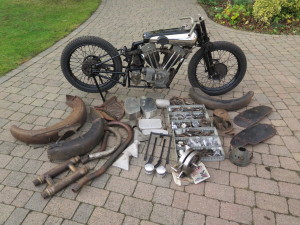 FP Dickson convalesced in hospital but unfortunately died in mid February 1931 aged just 42 after pneumonia set in arising from failure to have his foot amputated. He was buried in Geneva and his friend George Brough attended the funeral.

George never really fully recovered from his accident and had to use a walking stick for the rest of his life.

The bike is complete and partly restored and part assembled for the auction.   Dave Clark, technical officer of the Brough Club has inspected the bike and declared that all the parts are there.  The club registrar has supplied documentation to prove it’s authenticity and there is a huge amount of paperwork including the original build record and buff log book showing that it was first registered to George Brough himself before going to FP Dickson.

George Beale, former Manager of the England Motorcycle Race Team says: “This is a top of the range Brough Superior SS100 JAP ridden by one of the most accomplished riders of the period. After the accident the bike was returned to the factory for repair and this matching numbers bike is complete.  There is a complete list of all the owners until the present day“.