Triumph Motorcycles will run its Moto2™ test bike up the iconic hill climb at the Goodwood Festival of Speed next month – the first time it will be seen in public in the UK.

Ridden by four-time World Superbike champion Carl Fogarty and two-time Isle of Man TT winner Gary Johnson, this is the perfect opportunity for fans to see the future of the global race series with Triumph set to become exclusive engine supplier to Moto2™ from 2019.

Both riders will also head up the storied Goodwood hill on a pair of classic racing bikes. Supplied by the National Motorcycle Museum, the first will be a Triumph Works 750cc from a batch of just three experimental models built in 1970 and winner of the 24-hour Bol D’Or endurance race in France that same year.

It will feature alongside the ex-Mike Hailwood/Ray Pickrell 1971 works 750cc machine, which was responsible for a number of prominent victories that season, including three wins from six races in the Anglo-American Cup. It also competed at Daytona in the hands of Hailwood, and finished second in both the F750 Isle of Man TT race and UK Superbike series.

All three bikes will go up the hill on Friday, Saturday and Sunday alongside the modern-day Speed Triple RS.

Paul Lilly, General Manager, Triumph Motorcycles UK & Ireland, said: “We’re excited for people to see the new Moto2 test bike in action for the first time in the UK. This is the latest chapter in Triumph’s long-standing motorsport heritage and to have this bike star alongside the heritage models will be the perfect demonstration of this. We look forward to meeting everyone at the Triumph and National Motorcycle Museum stand across all four days.”
For more information and to buy tickets for the Goodwood Festival of Speed: www.goodwood.com/flagship-events/festival-of-speed/ 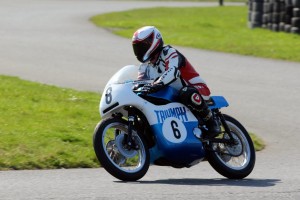 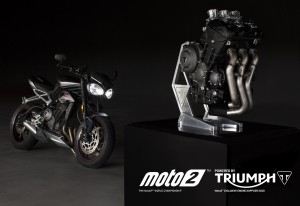