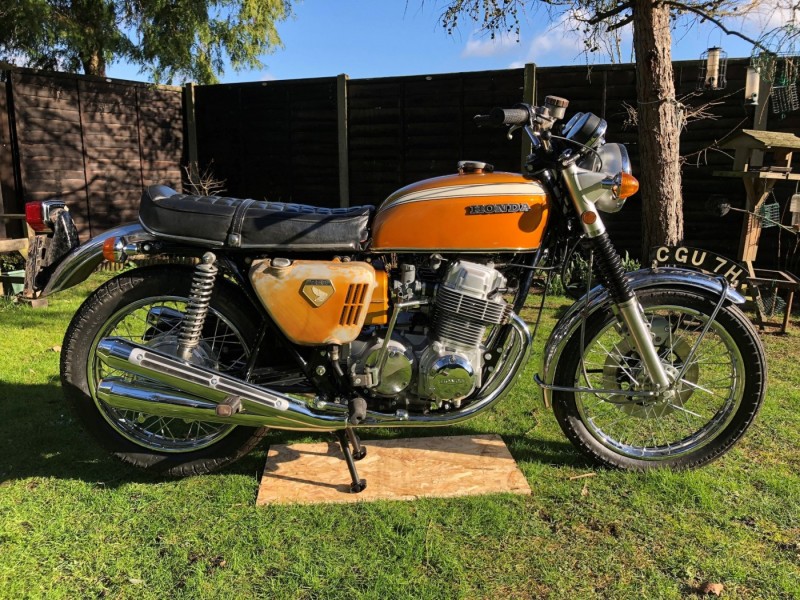 This historically important Honda CB750 is a very special motorcycle which collectors worldwide will be clambering for at the H&H Classics auction on 4th March at the National Motorcycle Museum. It is estimated at £35,000-£40,000. A World record is in the offing say H&H Classics.

A “Late” pre-production model it is one of only four built, only two are known to still exist, the other is in the USA and was famously sold on eBay in 2014 for a price of $148,000. The bike that H&H Classics are selling could well beat that price taking this rare motorcycle to establishing a new world record for this hugely influential seminal bike.

Perhaps not surprisingly it has been in the same private collection for the past 35 years and was undergoing a restoration when the owner sadly passed away.

Head of Motorcycle Sales at H&H Classics, Mark Bryan, says of this bike: “This is one of the most historically important bikes we’ve had the pleasure to offer for sale. Referred to on its launch as the most sophisticated production bike ever. The standard bike at launch was capable of 120 mph and was equipped with non-fade front hydraulic brakes. The bike has gone onto become a true icon rated as one of the top landmarks of Japanese Automotive Technology”

The two missing bikes suffered sad fates. A green version of this bike went to France and was never seen again and a red one was crushed about five years ago in the US.

This gold bike was first shown in Europe at the Brighton Motorcycle show between April 5-12 1969. It also appeared on the cover of Motorcycle Mechanics May 1969.

The idea for a four cylinder 750 wasn’t even discussed until June 1968. Honda built a 750-4 test mule with a drum front brake, then the prototypes, all in just six months! This bike’s every single part is different from a production model.