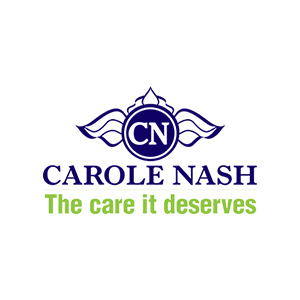 A Brough Superior owned and ridden by TE Lawrence will be part of a superb line-up of old bikes at the Carole Nash Bristol Classic MotorCycle Show on Saturday and Sunday, February 4-5.

The SS100 was the penultimate Brough to be owned by the famous author and military officer who earned the moniker Lawrence of Arabia for his role as a diplomat during Arab conflicts of the First World War.
Named George VI by Lawrence, registration UL656 was used between January 1929 and 1932 and is one of just two machines which can be definitely identified as his. The other is GW2275: the motorcycle that Lawrence traded in UL656 to purchase and on which he was fatally injured during a crash close to his home in Dorset at the age of 46, just two months after leaving military service.
Apparently bought for him by friends – including George Bernard Shaw and his wife Charlotte – the Brough was Lawrence’s first sprung-framed SS100 and also the first to feature the 998cc JTO-series JAP V-twin engine.
In Lawrence of Arabia – the epic film of his life – number UL656 was incorrectly used as the motorcycle on which he suffered the injuries which would take his life, and it was also a Matchless-engined machine and not a Jap SS100 as it should have been.
The original will be displayed at Somerset’s Royal Bath & West Showground on the Taw and Torridge Classic Bike Club stand having recently been renovated, and it’s now in a roadworthy condition and running for the first time in approximately 60 years.
THE BIGGEST BIKE SHOW IN THE SOUTH WEST
The famous Brough will be among many motorcycles to be stationed in the halls ready for inspection, with some 40 private entries and hundreds of club machines going under the watchful eyes of showgoers and event judges.
And although the Lawrence of Arabia bike might steal the headlines, the Bristol show is famed for the efforts of local clubs and it’s expected that there will once again be some elaborate exhibitions which showcase some fine examples of pioneer, veteran, vintage and classic motorcycles.
No classic event would be complete without a healthy selection of trade stands offering bargains on all manner of parts, spares and accessories; and the show also houses a huge motorcycle autojumble.
Rounding off proceedings will be Charterhouse’s classic motorcycle sale, with a 1967 RAF police example among the notable lots. The BSA B40 was bought as a retirement project by the current owner and features its correct and rare original fairing, blue light, higher handlebars and RAF blue saddlebags. If it fitted with a 350cc engine and is estimated to reach £5000-£6000.
TICKETS
Discounted advance tickets for the show are on sale until 11.59pm on Sunday, January 29, with a one-day adult pass costing £11 and a one-day senior citizen pass costing just £9. The same tickets can be bought on the gate for £13 and £11 respectively. The auction hall is open for viewing on Saturday, but entry on Sunday is by catalogue only which costs £10 and allows admission for two.
To get your tickets ordered, visit classicbikeshows.com or call 01507 529529.
A MESSAGE FROM THE SPONSOR: Carole Nash is once again proud and excited to support the 37th Carole Nash Bristol Classic MotorCycle Show. Our team will be on hand at the event to chat with visitors and answer any questions you may have about your insurance, so don’t forget to come to the stand and say hello. While you’re there you can pick up a Carole Nash goody bag, and get all the info you need to download our amazing insidebikes app! It includes a breathtaking experience that puts you in the saddle of Rocket Ron Haslam’s Honda superbike speeding around Donington GP circuit. We certainly can’t wait to get there and see some of the UK’s finest classic machines in all their glory, and we look forward to meeting you.