By NMM News on May 26, 2022 in News, Press Release
Artist Rachael Clegg is releasing a hardback coffee table book featuring her iconic artwork along with rarely seen Isle of Man TT racing images.
The book celebrates ten years of Rachael Clegg’s Milestones art photography – shot on the iconic TT course – and a collection of very special archive images dating back to the first TT in 1907. 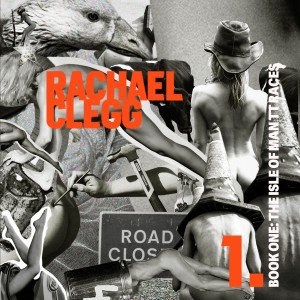 The new 260-page book, simply known as Rachael Clegg: Book One (the Isle of Man TT), features a striking collection of photography celebrating the island’s unparalleled racing heritage, and is now available for pre-order.
Rachael Clegg, a renowned artist and motorcycle journalist, and daughter of a former TT racer, has compiled the book including never-before-seen sketches, behind the scenes images and a section dedicated to the history of the TT.
The historical section features incredible, rarely seen archive images dating back 115-years to the first Isle of Man TT, courtesy of the Mortons Archive – a treasure trove of motorcycling history.
Rachael Clegg: Book One (the Isle of Man TT) also incorporates the main body of Clegg’s highly collectable back catalogue of Milestones photographs, which have gained a cult following since the launch of the first edition a decade ago.
The series is directed by Clegg herself, who also appears in the nude, choreographed shots to illustrate real-life stories from the Isle of Man’s rich racing history, with almost all photographs shot at the same spot where a significant racing moment occurred.
Clegg began her Milestones series following her background as the daughter and granddaughter of TT racers Noel Clegg and Tom Clegg and a career in the visual arts.
The unique nature of the images regularly contain props loaned to her from TT legends, like 23-time winner John McGuinness, podium finisher and TV personality Guy Martin, multiple TT winner Phil Read, and current lap record holder Peter Hickman, as well as objects and bikes from the Murray Museum and the National Motorcycle Museum. Clegg’s work won her a place in the FIM’s Book of Women Motorcycling last year.
A dedicated exhibition stand showcasing the book and its work will be present at this year’s Isle of Man TT races – the first TT racing the Island has seen since the COVID19 pandemic – alongside a selection of some iconic modern classic race bikes.
Clegg will be taking pre orders for the book and showcasing her art-prints at the TT Exhibition prior to the official launch at a London Gallery, with further details being confirmed soon.
For those not able to attend the Isle of Man TT, pre-orders of Rachael Clegg: Book One (the Isle of Man TT) can be made here: www.rachaelclegg.com/rachaelcleggboo1
Rachael Clegg said:

“The Isle of Man TT has been incredibly close to my heart since childhood. It began when I would watch my father competing in the races, in complete awe of him, and I’ve been addicted to the island and its racing ever since. My grandparents also lived there, and my uncle (Manx Leathers) made leathers for the likes of and Robert and Joey Dunlop, so there’s a sort of umbilical chord that connects me to the TT and the Isle of Man. The book is a special edition passion project, which I think will resonate with the droves of avid TT fans around the globe. The photographs – my own collection and those from the Mortons archive – have been carefully selected to tell the TT’s story. This book has been a long time in the making, and I am very excited to be finally releasing it out into the world for fans to enjoy!”

THE JEWEL IN THE CROWN OF THE NEXT H&H MOTORCYCLE SALE AT THE NMM ON JULY 20TH
FIRE BREATHING SCOOTER – 1967 WORLD RECORD HOLDER 94mph QUARTER MILE IN 7.6 SECONDS AT H&H CLASSICS BIKE & SCOOTER SALE ON JULY 20TH AT THE NMM