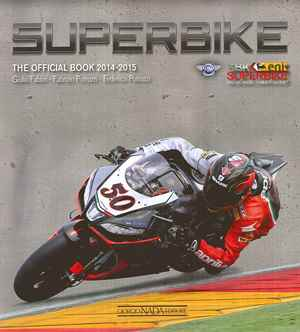 The 2014 edition of the Superbike World Championship was as hard-fought as ever, with the title only decided at the final round of the season in Qatar. The firm favourite, reigning world champion Tom Sykes, was unable to repeat the feat this time around, a further demonstration of the high competitive level of the production-based world championship that has not seen a rider win the title two years in a row since 1999.

The 2014 season saw a number of changes including the introduction of the new EVO class within the Superbike World Championship. The starting grid was full of bikes and talented riders who offered an extraordinary spectacle at every round. As always the official Superbike yearbook covers all the rounds of the 2014 championship, together with a detailed technical analysis of the bikes on track representing all nine prestigious manufacturers: four from Italy, three from Japan, one from Germany and one from the USA.

The book is completed with a look at the other classes in which the European and Japanese manufacturers faced up in a season-long battle.